Explore Istanbul in a hire car

Rent a car at Istanbul Airport 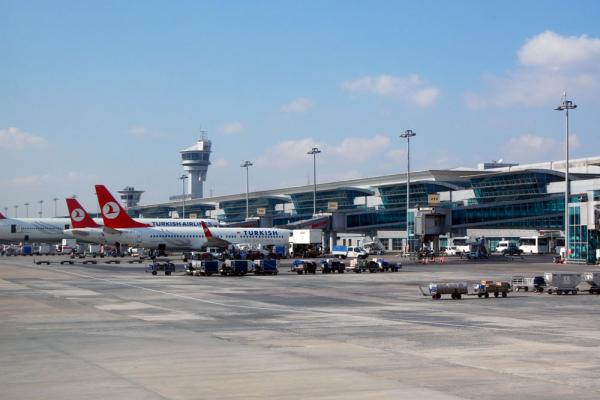 Istanbul International Airport is the largest in Turkey and the sixth in Europe in terms of passenger traffic, which exceeds 56 million people. Rent a car on Bookingcar to see all the ancient and beautiful monuments of this colorful city - visit the building of the largest and most beautiful Turkish station Haydarpasa, go up to the Galata tower of the 14th century, experience the former luxury of the kingdom of the Sultans in Dolmabahce Palace, select spices and local dishes in one of the largest markets in the world - the fabulous grand bazaar. And of course, do not forget to find time to see the famous grandiose Hagia Sophia.

Istanbul's air harbor is named after the reformer and first president of the Turkish Republic of Ataturk. Airplanes land on the shore of a small and picturesque Sea of Marmara, and tourists find themselves in a modern airport that meets all modern standards. It consists of four terminals: two passenger - domestic and international, cargo and private. Airport guests can go to a cafe or restaurant, make purchases in the duty-free zone, and use wireless Internet. Also in the building there are rental car rental points, a hairdresser, a bookstore and a pharmacy.

During the day, you can take the metro from the airport terminal to the city center, going down to the station on the ground floor and paying 4 lira. You can also use the bus, which runs every half hour and costs 11 lire. For those traveling with family and lots of luggage, it will be more convenient to get to the hotel by taxi, a trip which will cost 40 lira to the center of Istanbul.

Bookingcar offers a wide selection of car rental options at Istanbul Airport
With us you can choose a car of any class that best suits your needs.
Our prices are one of the best prices on the market.
See for yourself!
Professional support
Our professional call center will help you understand all the intricacies of car rental. We guarantee full support throughout the rental period.

Other locations in Istanbul:

Cancellation made by phone. There you can also agree on the price and understand how much the commission will be withheld.
Lilly Chase, 06 October 2020

I rented it here because a friend recommended, I’m sure that if you search, you can find prices below
Aleksey Nikityaev , 17 October 2019

I love Istanbul and always rent a car through Bookingcar to enjoy the views.
Jasmine Thomas, 18 February 2019

I don’t know what we would do without insurance .. The worst thing happened, which we couldn’t even think about .. how good it is that we didn’t save and paid for all the insurance that was offered here. As a result, the company covered all costs
Betty G., 07 February 2019

The price corresponds to the level of service. Pleasantly surprised