Explore Zurich in a hire car 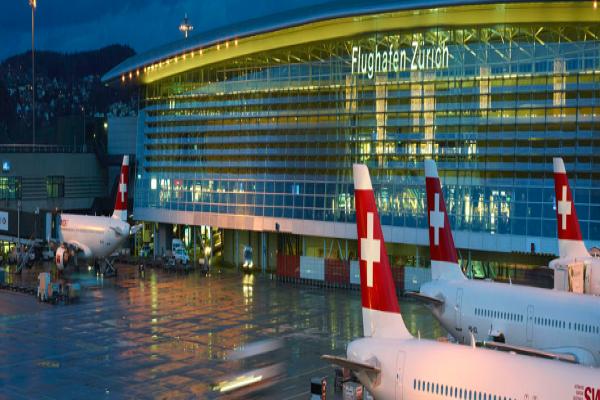 Zurich International Airport is recognized as one of the busiest in Europe and the largest in Switzerland, while the city itself is considered one of the most comfortable, but also the most expensive. Zurich preserved architectural monuments of the Middle Ages and Renaissance, organically combining them with new buildings, central beaches and modern park areas. You can easily move around the city without wasting time looking for public transport, you will be allowed to rent a car, which you can order at the best price at one of the car rental companies on Bookingcar website.

Arriving at Zurich airport, you will notice that it is quite modern, because the airport complex underwent large-scale changes during modernization in 2003. Now it consists of three terminals, in which cafes and restaurants, Duty Free shops, a mother and child’s room, representative offices of banks and even an observation deck from where you can observe the landing of aircraft await vacationers. Throughout the terminal there are signs that you can easily navigate. In an extreme case, you can always ask someone from the staff to help you find the car rental you need.

Start exploring the city from its central part, climbing the Lindenhof hill, from where you will have a beautiful view of the whole of Zurich and even the distant alpine peaks. After admiring the panorama, it is worth going down to the Old Town, which has preserved ancient houses of the 11th century on the winding streets. Local museums, which are impressive both in their architecture and collections of values, are of no less interest. After seeing all the sights of the city, use a rented car to go to the famous Rhine Falls or the picturesque Zurich Lake, on the banks of which you can stroll through the exotic Chinese garden.

Bookingcar offers a wide range of car rental options at Zurich Airport
With us you can choose a car of any class that best suits your needs.
Our prices are one of the best prices on the market.
See for yourself!
Professional support
Our professional call center will help you understand all the intricacies of car rental. We guarantee full support throughout the rental period.

Other locations in Zurich:

In Switzerland, of course, crazy price tags for rental cars. At the distributor, who usually makes a reservation, they were too high for me. I was looking for alternative resources where you can book a car. I went to this site. In general, the car was satisfied, most importantly, at a price I approached

I booked a car for 3 days to drive in Zurich. There was enough time, but I was worried to have time to see all the sights. Friends have still advised restaurants to visit the mast, so to speak. I rented a car. I deliberately did not read the reviews, so as not to get up early. And rightly so. I liked the service, I drove the car perfectly. I had to wait at the dispensing stands, but these are trifles.

For 4 days the cost turned out to be higher than I planned, but the service is just a bomb. I recommend!

If there is not enough time before departure and a good car is needed, the distributor helps out well ..