Explore Basel in a hire car 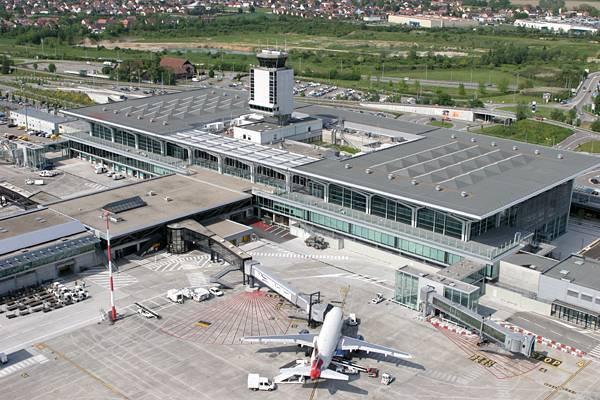 Basel-Mulhouse International Airport is currently the only airport in the world that is operated simultaneously by two countries - France and Switzerland. It is located next to the French town of Saint-Louis in the picturesque flowering Alsace and only 5 km from Switzerland’s third largest city, its university center - Basel, the first mention of which dates back to the III century. Do not limit yourself to traveling in the historical region, use the Bookingcar.su service to rent a car and pick it up immediately after arrival and baggage in the arrival area at the rental counter indicated in your voucher.

The board of directors of this major air harbor consists of 8 representatives from France, 8 from Switzerland and 2 from Germany. Such serious international control allows us to achieve the highest level of service when servicing flights from 60 destinations, including charter and low-cost airlines. Passport control and customs can be passed both from the French and from the Swiss side, so you should carefully follow the signs. In the terminal building, tourists can make purchases in Duty-Free shops, dine in a restaurant or have a cup of coffee in a bar, use the services of a currency exchange office, ATMs and a bank branch, a left-luggage office and a medical center. In case of a long wait, you can relax in the room of a nearby hotel.

When you rent a car, you can easily travel around the entire border region of Switzerland, France and Germany, seeing beautiful and memorable sights: the world's oldest botanical garden on the territory of the University of Basel, the fabulous medieval castles of Alsace and the vineyards valleys stretching at their foot, one of the most beautiful Swiss cities - Lucerne with graceful streets and calm surface of a famous lake, half-timbered houses on the cobblestone-paved streets of Strasbourg and the mesmerizing Geneva lake, kupayas in which you can admire the mountain ranges.

Bookingcar offers a range of car rental options at Basel Mulhouse Freiburg Airport
With us you can choose a car of any class that best suits your needs.
Our prices are one of the best prices on the market.
See for yourself!
Professional support
Our professional call center will help you understand all the intricacies of car rental. We guarantee full support throughout the rental period.

Other locations in Basel:

Consultants quickly carry out their work.

I took a car to drive a couple of days in Basel. I was in the city in transit, but still I wanted some memories to remain. And in general to understand, it is necessary to come back here or not. Armored quickly, on what machine to go it was not important. Chose the cheapest option. The machine was given with a delay, but it was pleased that it was clean and there were no scratches or other delights of exploitation. I recommend the company.