Explore Tbilisi in a hire car 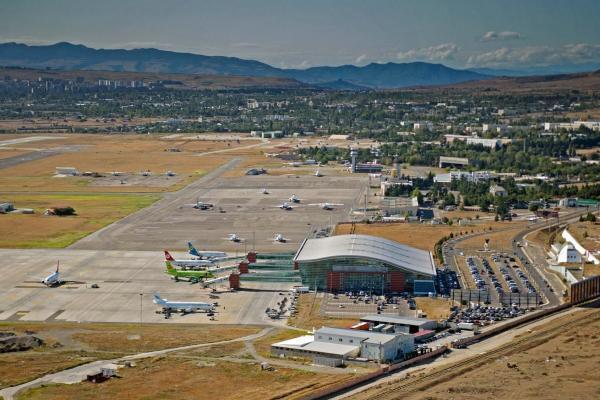 Tbilisi International Airport is located 15 km from the capital of Georgia on the banks of the Kura River in a basin among the Caucasus Mountains. Each year, the ancient city receives almost two million guests who want to stroll through the Old Town, through its narrow streets between grape-covered old houses, each of which preserves its history and family traditions. Rent a car from the rental leaders with the help of Bookingcar.su service to see all the sights of the city that appeared in the 5th century: the medieval Narikala fortress, which offers breathtaking views from the impregnable walls, the main cathedral of the city is Zion, a monastery towering on a hill near the influence of two rivers Jvari, the former residence of the country's rulers on the Metekhi Rock, as well as the famous healing thermal springs and sulfur baths.

The reconstruction of 2007 affected the entire airport complex, which was expanded and modernized in accordance with modern European standards. The airport is named after the Georgian statesman and poet Shota Rustaveli and successfully copes with the growing passenger flow. On two floors of the terminal there are comfortable waiting rooms with free Wi-Fi, shops with local goods and several duty free points, a cafe where you can start a culinary acquaintance with the country, and rental car rental desks.

There is a railway connection between the air harbor and the center of Tbilisi, which allows you to quickly find yourself in the heart of the city or go to another part of the country after arrival. From the station, located 70 meters from the airport, trains depart twice a day - at 8.45 and 18.05. You can also overcome 15 km to the center of the capital by a round-the-clock bus departing from a stop at the exit of the terminal every 20 minutes. There, passengers can find taxis waiting for them.

Bookingcar offers a range of car rental options at Tbilisi Shota Rustaveli Airport
With us you can choose a car of any class that best suits your needs.
Our prices are one of the best prices on the market.
See for yourself!
Professional support
Our professional call center will help you understand all the intricacies of car rental. We guarantee full support throughout the rental period.

Other locations in Tbilisi:

The adviser was advised by a friend. I took a car for vacation with my family for the first time and was very worried about how it would look. In fact, nothing terrible and as in everything, the main thing is to find a normal company. The car was lucky, there were no problems on the way

How good! You arrive at the airport and the car is waiting for you. Some formalities and go where your eyes look. Complete freedom of action!