Explore Dubrovnik in a hire car 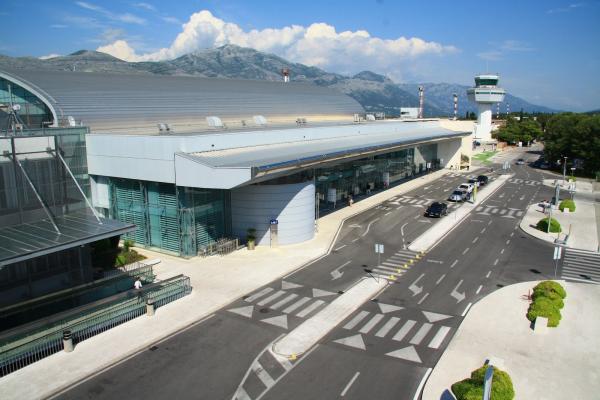 Dubrovnik International Airport serves flights to one of the most beautiful cities in the Adriatic. Despite its small size, this air harbor annually receives more than a million tourists who want to bask on the picturesque sea beaches of Croatia. Rent a car from one of the car rental companies on Bookingcar to see all the sights of the ancient city and the famous resort founded in the 7th century. In addition, a rental car will allow you to visit other resorts of the Adriatic coast of Croatia and Montenegro.

The airport complex is located 20 km from the city and consists of one terminal. There are several shops in the building, including Duty Free and souvenir shops, cafes and restaurants, bank branches and a currency exchange, as well as a car pick-up point. Free Wi-Fi is available in the comfortable waiting area, which employees will be able to connect to after presenting your boarding pass.

The fortress walls of Dubrovnik, this pearl of the Adriatic, grow as if from sea waves, bordering a rocky island. Dubrovnik in the Middle Ages became a major seaport, whose influence in the region could compete with the Venetian. The former greatness of the city has been preserved in amazing historical monuments, which must be visited by everyone who arrives in Dubrovnik. With a rented car, you can easily reduce the travel time between points of tourist routes, including: the Franciscan monastery near the city walls, the pedestrian central street Stradun, preserving the limestone bridge characteristic of the Old Town, the ancient fort with a modern Aquarium, the Gothic Princely Palace and the central market , where you can try traditional dishes and products of the region, as well as buy souvenirs to remember about a trip to this cozy and colorful city.

Bookingcar offers a wide range of car rental options at Dubrovnik Airport
With us you can choose a car of any class that best suits your needs.
Our prices are one of the best prices on the market.
See for yourself!
Professional support
Our professional call center will help you understand all the intricacies of car rental. We guarantee full support throughout the rental period.

Other locations in Dubrovnik:

In travel I prefer only GreenMotion.

I rent a car often, but I met Nova Car Rental for the first time. The offers were quite profitable. That the price that armor conditions seemed attractive. Booked in just 2 days. The consultant helped to pick up the car, so that the child was comfortable, and quickly made all the papers. On the counter, the extradition did not have to wait, and when they returned, for some reason there was a big queue. It is good that before the departure time was in reserve.

The car did not like much, but agreed to change without scandals