Explore Tashkent in a hire car 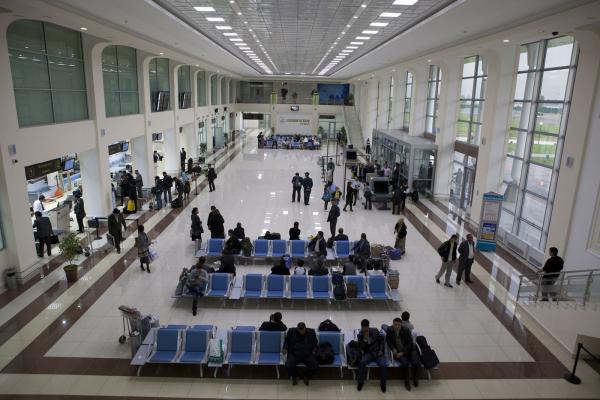 Tashkent International Airport is one of the largest in Uzbekistan and all of Central Asia. Before landing, tourists enjoy beautiful views of the plain of the Chirchik River at an altitude of 500 meters above sea level and the ancient city that appeared more than 2000 years ago. And although a significant part of the city was destroyed by an earthquake of 1966 with a magnitude of 7.5 points and later rebuilt in three years, many historical sights have survived to this day. To move around the city on your own and feel its color, rent a rental car using Bookingcar.su service.

The air harbor in charge of international traffic is also called Tashkent-South. This terminal was built in the 1930s, but later it underwent several modernizations, the last of which in 2001 allowed it to meet modern European requirements. It consists of three terminals: the main international, domestic and transit. Communication between the terminals is carried out by buses and minibuses.

In the high season, due to the abundance of passengers, queues accumulate in front of the desks, so you should take care to arrive at the airport in advance. After passing the necessary formalities, passengers can sit in a comfortable waiting room or in special business meeting and VIP rooms, as well as spend time in cafes or shops. Attendants are always ready to help tourists find the right rental car rental desk, first-aid post, left-luggage office or currency exchange office.

The airport is located almost in the city itself, so getting to the center of Tashkent is not difficult. Tourists who booked a transfer as part of a tour package or at a hotel are greeted by a driver with a sign in the arrivals area. At the bus stop at the exit of the terminal, minibuses and buses await arrivals. Taxi services in Tashkent are not expensive, but they may try to request more from foreigners, so it is better to use official services.

Bookingcar offers a wide range of car rental options at Tashkent Airport
With us you can choose a car of any class that best suits your needs.
Our prices are one of the best prices on the market.
See for yourself!
Professional support
Our professional call center will help you understand all the intricacies of car rental. We guarantee full support throughout the rental period.

Other locations in Tashkent:

The first time I did not really like the service. A long time to make a reservation, the car got so caught up. The second time I rented a car only because the prices are the lowest. Surprisingly, the car was given a good one. Probably as in all ... time on time is not necessary.

Booked chevrolet malibu. I'm pleased with everyone. The car was given the kind I expected

I decided to support my wife on a business trip, we booked a car from this distributor. In the daytime she drove her to all levels, and after lunch she saw local sights. I remember trips outside the city. Very beautiful nature and the machine did not disappoint. To all the addresses we got quickly.

With pleasure we rode around Tashkent by car from the distributor. We took care that we were comfortable, thank you.