Explore Lviv in a hire car 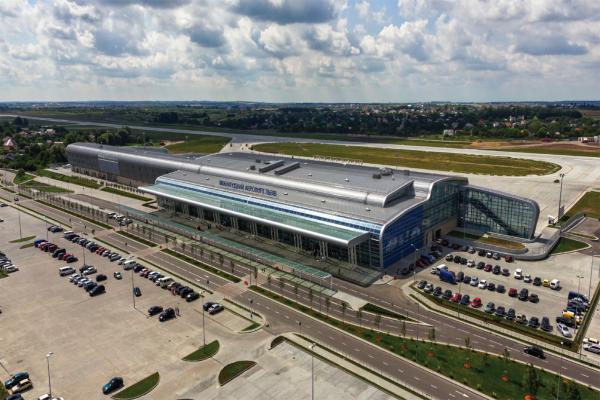 Lviv International Airport is located 6 km from the city, which was the capital of the Galicia-Volyn principality in the 13th century. The airport also bears the name of the founder of Lviv, Daniil Galitsky. The centuries-old history of the city can be traced in its buildings, which have survived to this day. To explore the whole city and its surroundings, take the opportunity to rent a rental car at a bargain price on the website Bookingcar.su. Choosing the most suitable option for you and booking it, you can pick it up at the pick-up point at the airport or later in the city itself.

The Lviv airport terminal is the largest in Western Ukraine and can take more than 2 thousand passengers per hour. In 2012, the air harbor was expanded to accommodate the many guests of the European Football Championship. A new terminal A was built, which now accepts passengers together at the temporarily closed terminal 1. Departure and arrival areas are combined. Reception desks are located on the ground floor, on the second floor there are passport control points, a customs service, an extensive duty free trade area and a waiting room. You can dine at the cafe on the ground floor or at the Japanese restaurant on the second.

The city can be reached by regularly running buses, buying a ticket for 4 hryvnia. Taxis are best ordered from the official service at a fixed rate, then travel to the center will cost 50 hryvnias. If you rent a car, you can immediately send to see the sights: the medieval Lviv city arsenal, the Palace of Counts Potocki by architect Ludwig de Verni, the baroque Dominican Cathedral on the top of the city and admire the bewitching panorama that opens from the High Castle Park.

Bookingcar offers a wide range of car rental options at Lviv Airport
With us you can choose a car of any class that best suits your needs.
Our prices are one of the best prices on the market.
See for yourself!
Professional support
Our professional call center will help you understand all the intricacies of car rental. We guarantee full support throughout the rental period.

Other locations in Lviv:

I took kia sportage. At Bookingcar.su there was a 12% discount on the car. I was lucky with the car, I also saved my rent. As always I was satisfied.

A good distributor, pleased with a good choice of cars