Explore Kharkov in a hire car 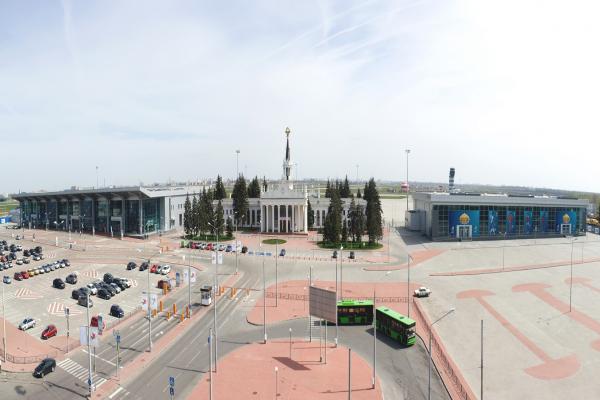 Kharkiv International Airport is the largest in eastern Ukraine and is located 12 km from the former capital of the Ukrainian Republic. The huge city is striking in its scope of squares and avenues and passes through itself 9 rivers bordered by green promenades. It is possible to reach the whole scale of this cultural center only with the help of your own transport or a rented car. With the help of Bookingcar.su service, you can easily choose the perfect rental car for you and pick it up at the rental car rental desk at the airport.

In the XI century, at the place where Kharkov now stands, was the Polovtsian settlement Sharukan. The center of the modern city is considered Constitution Square, which is decorated with an elegant monument “Flying Ukraine” - a statue of a barefoot girl with wings behind her back and a floral wreath in her hand. Without leaving the square, you can visit the Historical Museum, which contains exhibits telling about what the residents of the city experienced. Undoubtedly, it is worth paying attention to the Pokrovsky and Assumption Cathedrals of the 17th century, relaxing at the fountain “Mirror Stream” and looking at the stars in the planetarium. And if you have time, go by car to Ecopark in the village of Lesnoye to get acquainted with the flora and fauna of these places.

The airport complex was founded in 1954, but the first transportation began in 1923 - long before the construction of the building. Now the air harbor consists of three terminals - international, domestic and private, capable of receiving more than four million people a year. Waiting passengers can visit duty-free shops, relax with a cup of tea or dine in a cafe, use the services of a bank and a travel agency representative. Near the exit from the building, buses await arrivals, regularly departing towards the city center, and official taxis.

Bookingcar offers a wide range of car rental options at Kharkiv Airport
With us you can choose a car of any class that best suits your needs.
Our prices are one of the best prices on the market.
See for yourself!
Professional support
Our professional call center will help you understand all the intricacies of car rental. We guarantee full support throughout the rental period.

Other locations in Kharkov:

This time we drove the old car, although the previous times remained very pleased