Explore Tenerife in a hire car 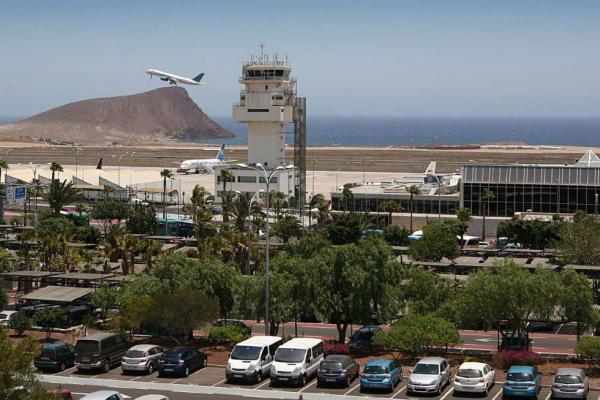 The international airport of Tenerife used to be named after the Queen of Spain Sofia, who opened it on November 6, 1978. It is here that tourists fly on vacation to the Canary Islands (Tenerife is the largest of them). Each year, the airport receives more than 7 million passengers who want to spend their holidays on sunny tropical islands.

The only airport terminal has three levels, where waiting rooms (including VIPs), numerous Duty Free shops, a children's playground, a chapel, a medical center, a mother and child room and several cafes are located. There are also branches of banks and rental companies.

There is a second airport on the island - North Tenerife (TFN), which serves some flights between the islands, only works during the day. All international flights arrive around the clock at South Tenerife Airport.

From the airport to the capital and beaches, you can take a bus for only 3-4 euros (45 minutes). Near the exit from the airport there are taxis on duty, the services of which are paid on the counter - about 2 euros per 1 km (+ 25% after 22.00). Rental car desks offer favorable conditions for traveling around the island.

Bookingcar offers a variety of car rental options at Tenerife South Airport
With us you can choose a car of any class that best suits your needs.
Our prices are one of the best prices on the market.
See for yourself!
Professional support
Our professional call center will help you understand all the intricacies of car rental. We guarantee full support throughout the rental period.

Other locations in Tenerife:

The company helped to quickly organize everything on a business trip, the car at the level. It is convenient that they help in booking, if the trip is spontaneous and urgent, usually there is no time to deal with the conditions and pick up something. In such cases, trained employees are very helpful.
Ariun Zorigtsaykhan, 13 August 2019

Armored spontaneously, there were not so many cars, I had to consult a specialist to pick up something decent. I was satisfied, although there were only a few days left before the trip. Prokatchik worked professionally

I liked everything, my husband was also pleased

Booked VOLKSWAGEN POLO 3DOOR from Orlando Rent a Car. Traveled together with his wife, so that the car for two was enough. Skating was quite comfortable, most importantly, that the air conditioner and navigator worked for "5". By the way, this distributor has rather low prices in comparison with others. The quality of services does not lag behind. It is a pity that the company does not work in many cities, sometimes it is necessary to apply for services to other companies.