Explore Bucharest in a hire car

Rent a car at the Henri Coanda Airport Bucharest 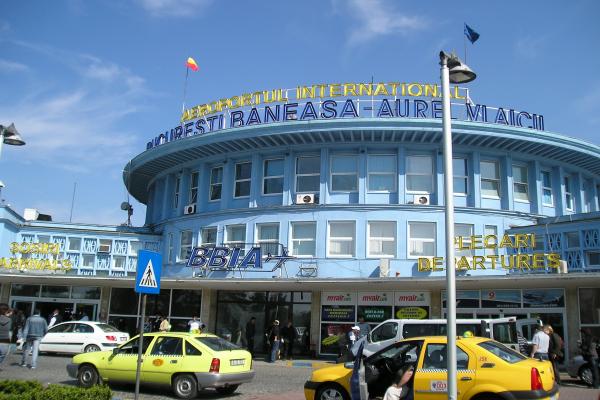 Bucharest International Airport is located 18 km from the center of the capital in the town of Otopeni, whose name is also often used to refer to the airport. This air gate is used every year by more than 5 million guests of mysterious and colorful Romania who want to visit the luxurious palaces preserved in the capital, impressive concert halls, rich museums, flowering gardens and fascinating old streets with cozy cafes serving traditional recipes. It is most convenient to get acquainted with the city and its environs with a rented car. Having booked a car in advance on the Bookingcar.su website, you can be sure of the best price and the fastest pick-up of a car at the airport rental rental desk indicated in your voucher.

The beginning of the history of the airport complex was connected with the Second World War, when it was disposed of by the German Air Force. For some time after the war, there was still a military base at this place, but later a complete reconstruction turned it into a civilian airport, which continues to develop along with the growth of passenger traffic. At the moment, the air harbor consists of two terminals connected by a corridor to the shops located in it. The buildings themselves also have a duty-free zone, bars and cafeterias with free Wi-Fi access, a souvenir shop, representatives of rental companies and travel agencies, a playroom for children, a small chapel and a medical center.

To arrive in the historical center of Bucharest, you can catch a high-speed train departing every hour from the station, one kilometer from the airport. By the time the train departed, buses were dispatched from the station at the exit of the arrivals area. However, if you calculate the path without traffic jams, then a trip to the central railway station directly by bus can take even less time and cost less. Guests of the capital can also use taxi services, waiting at the exit from the terminals and ready to take passengers to the hotel for less than 10 euros.

Bookingcar offers a wide range of car rental options at the Henri Coanda Airport in Bucharest
With us you can choose a car of any class that best suits your needs.
Our prices are one of the best prices on the market.
See for yourself!
Professional support
Our professional call center will help you understand all the intricacies of car rental. We guarantee full support throughout the rental period.

Other locations in Bucharest:

It's good that the cost of the reservation included unlimited mileage. Ride around the neighborhood and around the city quietly, without calculating the kilometers and not thinking about what might have to pay extra

Price list is above average, service is appropriate. The difference is considerable. I recommend the procateur.

Has taken advantage of the advantageous offer from the distributor on PEUGEOT 308. It is very happy