Explore Krakow in a hire car 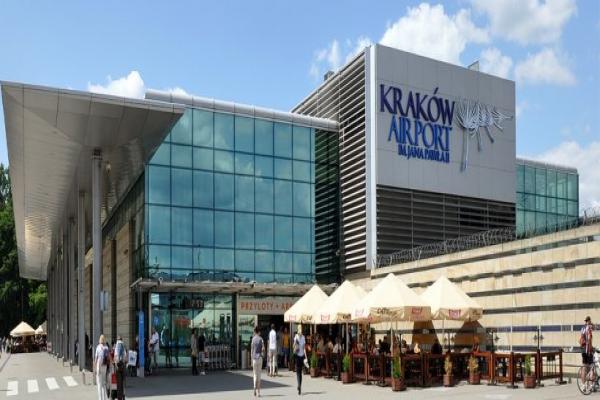 Krakow International Airport is 11 km from this ancient city in the small settlement of Balice. This air harbor takes the second place in Poland after the Warsaw airport in its scale and the number of arriving passengers. As in the capital's air harbor, car rental is popular, making it easy to move around the region during independent travel. Bookingcar service collects the most favorable conditions from rental leaders for you, where you can easily find a rental car that is ideal for you, which you can pick up immediately after arriving at the airport.

Based on the site of the former military airfield, the modern airport complex began operating in 1964, and after a while it was named in honor of Pope John Paul II, who once served as archbishop in Krakow. The airport consists of an international and domestic terminal, connected regularly by a free shuttle bus. Passengers are invited to spend time waiting for the flight in a comfortable recreation area, in one of the cafes or in the Duty Free zone.

Each year, more than three million guests arrive in Krakow, attracted by the charm of old streets, the majesty of Gothic churches and the beauty of the royal castle. But it preserved not only a reminder of the former luxury of the city when it was the royal capital, but also the horrors of the Nazi concentration camps, because Auschwitz camp, now a museum in the open air, is located very close by, and the Jewish city of Kazimierz, a suburb of Krakow, is known to many by the film "Schindler's list". To cover all historical monuments during the trip, use the services of car rental companies and take the time to travel to the city of Wroclaw, which attracts with colorful houses and romantic canals, and salt caves in Wieliczka.

Bookingcar offers a wide range of car rental options at the John Paul II Krakow-Balice Airport
With us you can choose a car of any class that best suits your needs.
Our prices are one of the best prices on the market.
See for yourself!
Professional support
Our professional call center will help you understand all the intricacies of car rental. We guarantee full support throughout the rental period.

Other locations in Krakow:

I have been renting a car here for a long time and from experience I can say that it becomes easier every year. It is easier to navigate the site, plus there is a mobile application. You drive in traffic and pick up the car. A couple of clicks and the order is issued, and there it remains only to wait for the voucher to the mail.
Ildus Khaydarov , 06 July 2019

As always, I did not regret that I chose this distributor

I love Krakow, but it turns out very rarely. Every time I try to make the visit as memorable as possible. I take a car in this rental company and enjoy a few days off. I want to say a few words about the distributor. There are delays in issuing, sometimes the car is given another (not under the contract), but it's always fair and the problems do not bring these changes. Personally, I'm pleased with my find. Definitely recommend