Explore Chisinau in a hire car 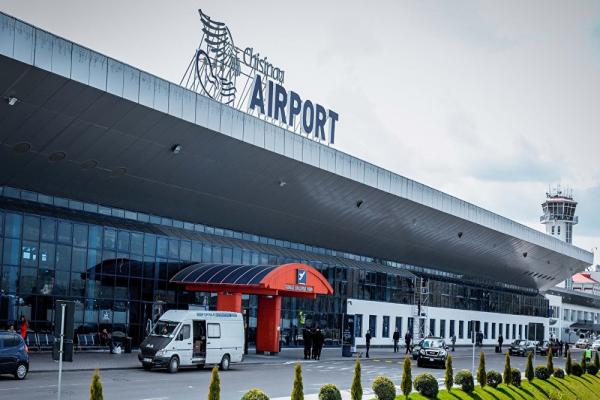 Chisinau International Airport is the main airport in the state of Moldova. This picturesque country with endless fields, ancient monasteries and fortresses, ancient unique traditions and customs attracts more than 2 million people annually. A rented car in one of the rental companies on Bookingcar will allow you to visit many historical sights of the city and the region - to see the Tsypov rock monastery on the banks of the Dniester River, go down to the underground city and the wine store, stretching for 50 km, go to the lost in the thick forests Kalarashov Monastery.

The history of the air harbor begins in 1927, when the first flight from Chisinau to Bucharest was completed. In 2010, the reconstruction and modernization of the airport complex was carried out, which allowed the airport to deservedly receive the title of best in the CIS countries. It consists of only one terminal, located in a two-story building, where all domestic and international flights arrive. At the airport, all conditions for comfortable waiting for the aircraft are created - free Wi-Fi is available in comfortable recreation areas, travelers can make purchases in the duty-free zone, in chocolate, flower and printed matter shops, rental car desks, a left-luggage office and a medical center are working.

To get from the airport terminal to the city center, you can take one of the buses and minibuses waiting in the parking lot at the exit of the terminal. They go not only to Chisinau, but also to other cities of the country, however they regularly run only in the daytime, so at night you will have to use other modes of transport. For example, official taxi services, whose cars are on duty there in the parking lot and operate at a fixed rate. Air Moldova passengers can expect a free shuttle to the city.

Bookingcar offers a wide range of car rental options at Chisinau Airport
With us you can choose a car of any class that best suits your needs.
Our prices are one of the best prices on the market.
See for yourself!
Professional support
Our professional call center will help you understand all the intricacies of car rental. We guarantee full support throughout the rental period.

Other locations in Chisinau:

Given that the car I needed was for 2 days, it's hard to talk about some kind of comfort. Nevertheless, I can note that the car I got quite decent, albeit with a high mileage. I will save the contacts of the distributor. I want to try to rent a car on vacation through this site

The condition of the rental car left much to be desired, well, that immediately offered another car. I had to wait, but traveled on a normal car.

Already literally a dependence on a rental car. Every time with special trepidation I choose a new car and plan my trips. I found a super convenient service for myself - Bookingcar.su. It is impossible to come up with a simpler and more understandable website. Booking a car is as simple as it is for me. There are also conditions for renting, and if so, the specialists are on call. In general, very satisfied with the find. The guys really make it easier for me to travel. And cars always offer excellent.