Explore Mexico in a hire car 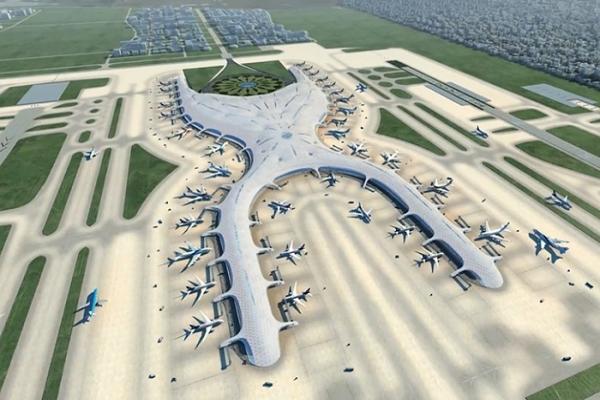 Mexico City International Airport receives almost 30 million passengers every year who want to visit the capital of Mexico and explore the unique historical and cultural attractions of this ancient city. To have time to inspect them all, use the services of a car rental service Bookingcar. Amazing monuments are opened for the curious travelers on the streets of the metropolis, for which it is worth flying across the ocean - the temple of the patron saint of the Mexicans of the Virgin Mary of Guadalupe, founded at the beginning of the 16th century, recognized as a symbol of the capital, the grand Palace of Fine Arts, the museum of the world famous artist Frida Kahlo, the magnificent Cathedral and the magnificent emperor the residence of the Chapultepec palace with a stunning flowering roof garden with breathtaking views of the city.

The airport complex is named after the national hero of Mexico and its president Benito Pablo Juarez Garcia. The airport has two terminals that were modernized and expanded in 2004. Buses run between the terminals in the daytime and a free train around the clock. There is also a metro station in the terminal building, which allows quick access to the city center. But if you are planning further trips around the country, you will most likely need a car, which after preliminary reservation you can pick up on the lower floor, at the rental counter indicated in your voucher.

A rental car will give you the opportunity, after walking around the city, to go to one of the beautiful beaches where you can swim in the warm waters of the Gulf of Mexico and get acquainted with the various inhabitants of the underwater world while scuba diving. Take time to visit the Templo Mayor Archaeological Open Air Museum and the ghost town of Teotiucan 40 km from Mexico City, walk through the ruins of the Aztec capital Tenochtitlan destroyed by the Spanish conquistadors and take photos of the unique Copper Canyon with dangerous ravines and blue rivers in the desert.

Bookingcar offers a range of car hire options at Mexico City Benito Juarez Airport.
With us you can choose a car of any class that best suits your needs.
Our prices are one of the best prices on the market.
See for yourself!
Professional support
Our professional call center will help you understand all the intricacies of car rental. We guarantee full support throughout the rental period.

Other locations in Mexico:

Still, it is very convenient that sitting at home, at any convenient time you can plan your trip and even rent a car. All questions are resolved by phone or by mail. The work of the rental company is very pleased, so I am pleased to write this review

The car is super! Service level.

From time to time I use the services of a distributor. A good choice of cars in normal condition, but the service is long.