Explore Napoli in a hire car 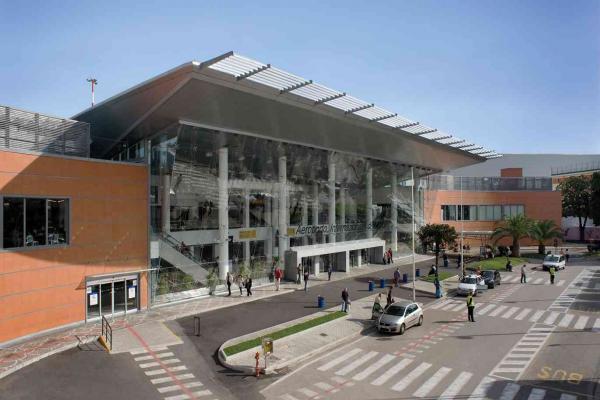 Naples International Airport is the largest in the southern part. The airport began operations in 1910, and now more than 6 million passengers use it every year to get into this noisy and colorful city at the foot of the only active volcano on the European mainland - Vesuvius. Naples was used for military purposes during World War I, but in 1950 it became civilian after the construction of the first terminal, although it still combines commercial activities with servicing the Italian Air Force.

Naples air harbor consists of two terminals, one of which serves most of the flights, and the second specializes in charter flights. You can spend time waiting for a flight or take a break from a flight in one of the restaurants and cafes of the airport, where you will be pleased to be offered to evaluate one of the traditional dishes of Italian cuisine. For example, Margarita and Mariner pizza, which appeared just in Naples. You can also relax in the hotel with a beautiful garden pool, five minutes from the terminal. In duty-free shops you can buy souvenirs from the trip and local products - olive oil, wine, ham, pasta and cheeses. The airport also has branches of banks, travel agencies, a car rental leader’s desk and a medical center.

To the center of Naples (Garibaldi Square at the station) from the terminal building you can get for 4 euros on a regular Alibus bus, which runs from 6.30 in the morning until midnight. If you need to get to Rome, you can also use the intercity bus stopping at the airport. Taxis are not the most profitable way to get to the desired place, because Italians do not often speak English and try to roll around the city longer to increase the price. Online taxi booking or transfer arrangements with the hotel will be more reasonable and cheaper, thanks to a fixed rate. If you have already taken care of renting a car, you can get a car at the airport, where they will help you find the right car rental desk of your choice.

Bookingcar offers a wide range of car rental options at Naples Capodichino Airport
With us you can choose a car of any class that best suits your needs.
Our prices are one of the best prices on the market.
See for yourself!
Professional support
Our professional call center will help you understand all the intricacies of car rental. We guarantee full support throughout the rental period.

Other locations in Napoli:

More than an hour waited for their turn at the dispenser. There were not many people, but they served for a very long time. It's good that we had a short time and a short flight. So of course it would be more difficult to transfer

Only the most pleasant impressions.

This is by no means the first company with a global name, whose services I use. Every time I'm happy. This time I chose PEUGEOT 3008. I was traveling with children for 10 days and there were so many things that I doubted if there was enough room in this car. It was not worth worrying, it's very spacious inside and all our 4 suitcases fit perfectly. The procedures for issuing, booking, issuing cars and returning are, as always, satisfied.

Picked up a compact car