Explore Stuttgart in a hire car 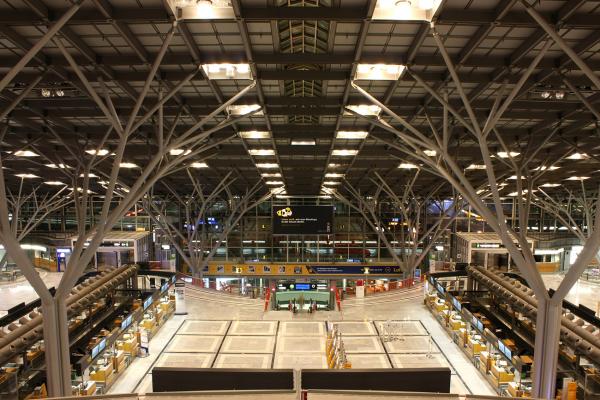 Stuttgart International Airport receives over 10 million people annually who want to see this amazing picturesque city, combining provincialism and a craving for innovative technologies. It was here that in the XIX century Daimler and Maybach created a carriage with a gasoline engine, which became the prototype for the car. Now it is one of the most popular ways to travel around the region, so rental cars are in demand. Rent a car on Bookingcar to visit the Mercedes-Benz Museum and learn all about the history of this vehicle.

If you ask a local resident what to look for in Stuttgart, you will definitely be called the Monastery Church, which has become a symbol of the city, the ancient castle of the 5th century and the three-story Bear Castle in the ancient Roman style. Take time to walk along the paths of the Wilhelm Botanical Garden and enjoy the aromas of flowers brought from all over Europe. A rented car will also allow you to visit the Ducal Castle of Solitude in the west of the city.

Stuttgart's air harbor consists of four terminals, the first of which serves German airlines, 2 and 3 - almost all international, and 4 - charter flights. In each terminal, travelers can find souvenir and duty-free shops, cafes and restaurants with traditional German dishes, exchange offices and bank branches. Mother and child rooms and play areas for children have been created for families traveling.

To get to the center of Stuttgart, you can use the train, which departs from the first terminal every 20 minutes. Tickets can be purchased at the station for 4 euros. You can also get a bus for 3-4 euros, the bus stop at the exit of the arrivals area, but the trip will be at least 10 minutes longer. Near the first three terminals there are taxis offering a trip to the center for 60 euros.

Bookingcar offers a wide selection of car rental options at Stuttgart Airport
With us you can choose a car of any class that best suits your needs.
Our prices are one of the best prices on the market.
See for yourself!
Professional support
Our professional call center will help you understand all the intricacies of car rental. We guarantee full support throughout the rental period.

Other locations in Stuttgart:

We rented a car for 2 months, there were a lot of things. In this regard, we consulted with the support service for a long time, because for 4 people we had a lot of things and we had to somehow accommodate all this when moving. They offered the option to take the roof rack. The pay there was symbolic, but all things fit.
Gina Doyle , 16 November 2019

When you rent a car, it clearly states what is included in the rental price, which is not included, the fuel policy, the size of the deposit, the sanctions for non-attendance. This is very correct, as for me, and convenient. In advance you know what to be ready for. Well, the main thing is that all these conditions are really observed

While traveling with her husband, they did without a rented car. With the advent of the baby without it, there is no way to do. Naturally, the question was which company to apply to. Friends' opinions were contradictory, we had to figure it out ourselves. I can say that they were satisfied with the choice. By the car no comments, and the staff did a good job. Auto received quickly, with the return of problems was not. By the way, the bail was quickly returned too. They used the services of hire for the first time and immediately were lucky to stumble upon a conscientious company.