Explore Frankfurt in a hire car 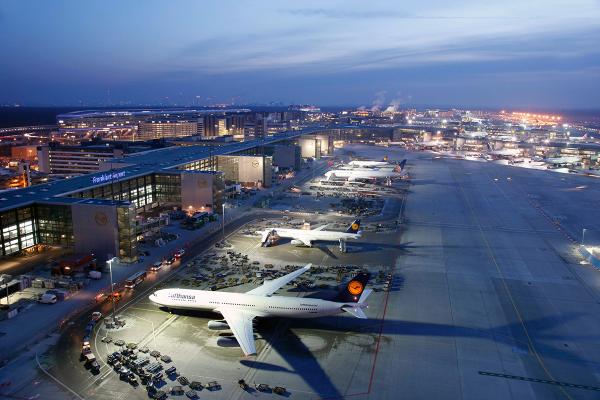 Frankfurt am Main International Airport is also called the Rhine-Main and is recognized as one of the three largest air harbors in Europe. The airfield, which opened in 1936, was used during the war and was blown up, but later restored and now consists of two terminals that meet all the requirements of the present. A free shuttle runs between the terminals every couple of minutes. In the arrivals area, tourists can find the right rental car rental desk to pick up the car rented using Bookingcar.

Frankfurt attracts primarily business people, as it is the German business capital, for which it is nicknamed Chicago am Main. During World War II, the city was badly damaged and lost its historical sights, but was recreated with the preservation of picturesque German flavor. Taken in a car rental will allow you to explore the whole city and feel its atmosphere. Do not forget to find time to visit the Imperial Cathedral of St. Bartholomew, the Roman Square with the white Town Hall building, decorated with a red edging, the cream building of the Old Opera and the baroque guardhouse on Zeil shopping street.

In the airport building, you can spend time waiting for the flight, leaving your luggage in the luggage room and visiting the extensive duty-free zone. Free Wi-Fi is available throughout the property, which can be enjoyed with a cup of coffee in a local cafe or during lunch in a traditional German restaurant.

To get from the airport to the city center, you can use one of the two stations perched next to each other. Tickets are sold both at the box office and in blue vending machines. If you are not heading to Frankfurt, you can also purchase tickets for long-distance trains to other cities there. At the exit from each terminal, guests are greeted by parked taxis ready to take to the center for about 25 euros in 20 minutes. Buses also stop here, making it much cheaper to travel to any part of the city.

Bookingcar offers a wide range of car rental options at Frankfurt Airport
With us you can choose a car of any class that best suits your needs.
Our prices are one of the best prices on the market.
See for yourself!
Professional support
Our professional call center will help you understand all the intricacies of car rental. We guarantee full support throughout the rental period.

Other locations in Frankfurt:

I regret that I did not use the services of this distributor before. So much I overpaid ... for nothing at all !! Offers from Bookingcar like much more. Always a great choice of machines, and always a pleasant attitude to the customer

I recently made a discovery that rent can be paid with bonuses thanks to Sberbank. A great opportunity to save money, although the cost of renting and so here is one of the loyal ones. I understand that this service was introduced recently, before it did not come across

Friends visited Frankfurt several times and when they found out that we are going to go there too this time, we were strongly advised to rent a car. We were given contacts of the rental company so that we did not run into scammers. My husband and I were very pleased. The staff was very kind to us, literally worried about every little thing. The car was not new, but in good condition. Everyone with whom we had to communicate, very competently carried out their work. In our next trip, we will definitely rent a car. Proven distributor already exists.

Comfortable car, good children's chairs. The staff works very well, so there are no delays.