Explore Dresden in a hire car 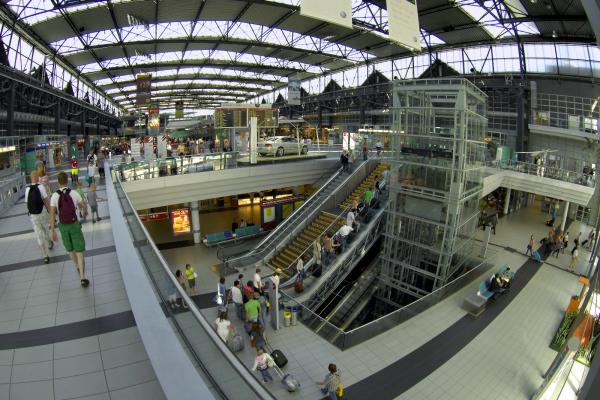 Dresden International Airport is located just 10 km from the phoenix city, which rebelled after being completely destroyed by carpet bombing during World War II. All ancient Baroque architecture was carefully recreated in the early 2000s. The city center is closed for transport, so tourists can leave a rented car in the hotel parking lot while walking. The territory of old Dresden is not very large, during a walking tour in a few hours you can visit the main attractions of the city: the Cathedral on the banks of the Elbe, the Dresden Art Gallery and the State Opera, the Dresden Castle, from the tower of which offers panoramic views of the city.

If you rent a car on Bookingcar, you can also get to the Saxon Switzerland National Park, which amazes with its landscapes. Many people prefer to spend several hours or even days here, staying at a local hotel to see the mysterious cliffs and the famous mountain gorge with the impressive Bastei Bridge, take a walk in the dense forests, climb mountain cliffs, take pictures at the Lichtenhain Falls and the ruins of a medieval fortress.

Dresden Airport Terminal consists of one terminal, which was modernized in 2001. Travelers can buy souvenirs in the duty-free zone and stop by a local cafe for a cup of coffee with German strudel. At the exit of the arrivals area there are rental car rental desks.

Dresden city center can be reached by express, leaving from the underground floor of the airport. After receiving the luggage, you will see signs with the green letter S, which will lead to the stop of the express train. You can get to the new part of the city in 12 minutes, to the old - in 20. Before the trip you need to buy a ticket for 2.5 euros in a machine on the platform and there you can also validate it. At the exit from the terminal, tourists are also met by taxis, the price for which is determined at the rate of 2 euros per km and 3 euros per landing.

Bookingcar offers a wide selection of car rental options at Dresden Airport
With us you can choose a car of any class that best suits your needs.
Our prices are one of the best prices on the market.
See for yourself!
Professional support
Our professional call center will help you understand all the intricacies of car rental. We guarantee full support throughout the rental period.

Other locations in Dresden:

A very large selection of machines for Dresden!

On the site there are cars literally in increasingly smaller cities. Offers are inexpensive and there are plenty to choose from. For this, and like the distributor. I'm booking everything myself, I'm happy with the machines. True, I often encounter queues at dispensers, but it does not depend very much on the company itself

The mileage of the car was about 10,000 km. Do not often get a new car from the distributor

We can not get acquainted with this company. Decent service and speed of service is high.