Explore Paris in a hire car 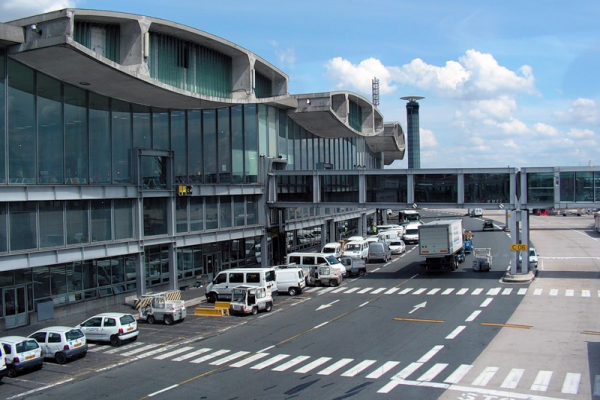 The name of the largest airport in France was given by the first president of the Fifth Republic, who led the Free France movement during the Second World War. Charles de Gaulle Airport is the eighth in the world in passenger traffic (approximately 64 million passengers annually). It is the hub of Air France, Aigle Azur and XL Airways France airlines.

There are three terminals at the airport, each of which is divided into separate zones. There are information desks, service centers, medical centers, duty free shops, restaurant areas, VIP rooms and representative offices of rental companies around the clock. Also, passengers can use several hotels of different levels of "star rating" - you can choose a hotel and find out its location on the airport website.

Free buses run between the terminals at intervals of 7-15 minutes. The center of Paris is conveniently accessible by RER train, buses (350, 351, 140, 143, Les Cars and Roissybus) or a rented car. The average cost of a taxi is 60 euros, so it is much more profitable to get there on your own.

Bookingcar offers a wide range of car hire options at Paris Charles de Gaulle Airport
With us you can choose a car of any class that best suits your needs.
Our prices are one of the best prices on the market.
See for yourself!
Professional support
Our professional call center will help you understand all the intricacies of car rental. We guarantee full support throughout the rental period.

Other locations in Paris:

It is very convenient to make adjustments to the order through your personal account
Jodie Serrano, 25 September 2020

I am very pleased that I found such a good car, also at a discount
Aleksandr Mozzherin , 30 August 2019

The pledge of a good holiday is a car from this distributor.

I always take cars here and advise my friends. Well-established system of work with customers and car fleet is wonderful. If you travel, and if with the family - you can always find a great car.