Explore Tallinn in a hire car 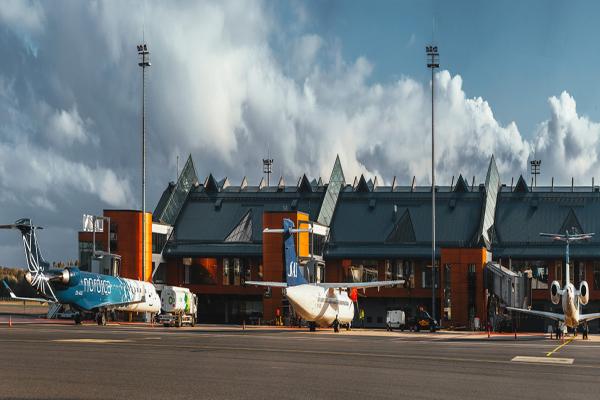 Tallinn International Airport is located directly in the capital of Estonia, just a few kilometers from the city center. The colorful ancient city, which has preserved many historical monuments of the Middle Ages, delights every guest. Walking along the winding streets between the houses of the XIV century, you feel like a hero of ancient legends and stories. And while the ancient city center remains pedestrian, you may need a rental car to drive to nearby attractions.

Using the service Bookingcar.su, you can go by car to the ethnographic open-air museum of Rocca al Mare, where rural houses and farm buildings from all over the country are gathered in a vast forested area. And of course, do not miss the opportunity to visit the Kadriorg Palace in the Baroque style, built by Peter I as a gift to his wife Catherine, where impressive luxurious interiors have been preserved.

The airport complex was erected in 1980 on the occasion of the Moscow Olympics. Increasing passenger traffic and new European rules required modernization and expansion, which were implemented in 2008. A year later, the air harbor received a new name in honor of the president of the country and the leader of the Estonian independence movement, Lennart Mary. Despite the relatively small size of the airport terminal located within the city, it is able to provide quick service and a comfortable stay for arriving tourists. Travelers can spend time in the waiting room (including the VIP-lounge for those who choose a business class) and use the free wireless Internet while children have fun in the play area. While waiting for a flight, tourists also have the opportunity to visit local cafes and restaurants, bank branches and currency exchange points, gift shops and Duty-Free shops.

Bookingcar offers a wide range of car rental options at Tallinn Lennart Mary Airport
With us you can choose a car of any class that best suits your needs.
Our prices are one of the best prices on the market.
See for yourself!
Professional support
Our professional call center will help you understand all the intricacies of car rental. We guarantee full support throughout the rental period.

Other locations in Tallinn:

On this site I take cars constantly, but this is the first time that I get a rental. Not bad, but a little expensive. And it is not clear what is justified for such an inflated cost. Okay I understand the cars are new ... but the condition of the car is average ..

I like working with Europcar. There are never delays. All my wishes are taken into account when booking. The machines are excellent!

The first time I took the car from the distributor. It was interesting how good the service was. Prices for medium cars - it is pleased. With specialists, it is not always possible to get in touch quickly, but if they answer, they help to the last. I liked the approach to working with clients. By the way, even the most budgetary versions of cars are equipped to the full, so that the tourist was comfortable. Next time, I will turn again to this company. I was very pleased with the value for money

It's good that when you book you offer full insurance