Explore Prague in a hire car 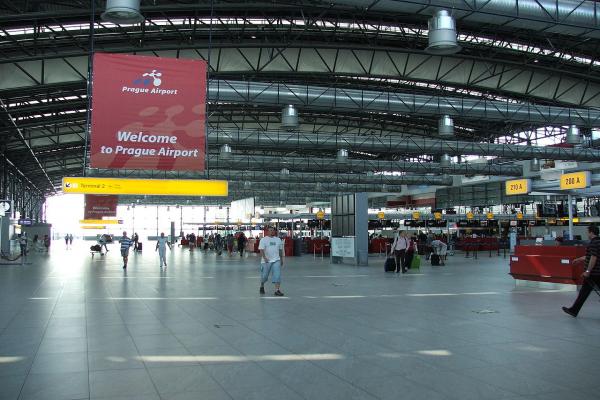 Prague International Airport was recognized as the best in Eastern and Central Europe, which is confirmed by 12 million passengers arriving here every year. The capital of the Czech Republic invariably attracts tourists from all over the world at any time of the year: in the winter, Christmas markets are arranged on its streets, and under the aromas of hot mulled wine and falling snow it seems that you are in a fairy tale, and in summer, vacationers happily cool off draft beer from the famous Czech breweries and visit the nearby castles, which managed to visit the scenery for famous films more than once.

By renting a car in a car rental company on Bookingcar.su, you will ensure a fascinating journey through the Czech capital and its environs at a bargain price. Do not miss the opportunity to see the legendary Gothic Karlstejn castle of the 4th century 30 km from Prague and Konopiste castle with the largest collection of weapons and hunting trophies, visit the old brewery in the village of Wielke Popovice, where famous beer Velkopopovický Kozel is made, and take a picture in the hops, go down to the underground lakes in the Matsokha Karst dip and spend a hot summer day at the largest European indoor water park Aquapalace Prague.

The Prague airport terminal, named after the first Czech president Vaclav Havel, consists of four terminals that serve more than 130 international flights. It was founded in 1937, but was modernized and expanded in 2004 after the country's entry into the European Union. Thanks to this transformation, the airport successfully copes with the growing passenger flow, while maintaining services at a high European level. Signs are placed in the terminal building, which makes it easy to find around-the-clock cafes and restaurants with hearty dishes of traditional Czech cuisine, Duty Free shops, ATMs, currency exchange terminals and car rental offices.

Bookingcar offers a wide range of car rental options at Vaclav Havel Prague Airport
With us you can choose a car of any class that best suits your needs.
Our prices are one of the best prices on the market.
See for yourself!
Professional support
Our professional call center will help you understand all the intricacies of car rental. We guarantee full support throughout the rental period.

Other locations in Prague:

Enough advantageous offers from this distributor and like that the reservation can be done through a consultant. I somehow do not risk doing it myself, suddenly I do not notice something, but with a specialist it's calmer. And so it turns out faster

Booked on Bookingcar.su. Everything is fast and convenient

Well, that did not lead to suggestions from popular distributors. Here the service is much better

I selected a car for Bookingcar.su. I stopped at this distributor solely on the basis of price policy. I do not really understand what is so special to me if I rent a car with a difference of 2 values, for example. I was satisfied with the state of the car, and the efficiency of the consultants. We were not forced to wait, not counting the queue. If you compare the rental price and the level of service, it is definitely worth it.

The car is not very satisfied with it, it was much better last time. And the airport was met, and the car was already completely ready, along with the documents. This time I had to wait a long time and at the appointed time the car did not have time to issue. On the second day, they found small things from other customers. Whether the car was washed superficially, or not at all. For the first time such, usually the distributor does not fail and I always remain satisfied.