Explore Varna in a hire car 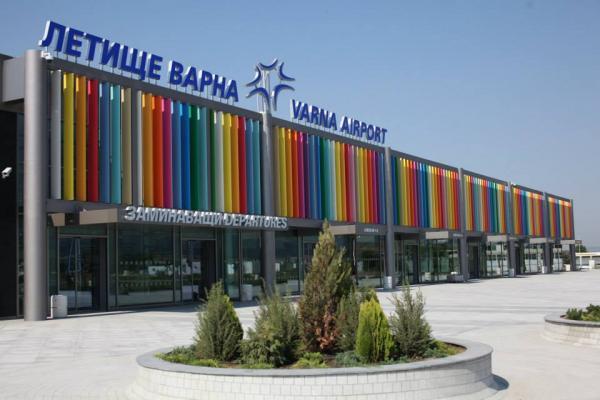 The international airport of the sea capital of Bulgaria, Varna, annually receives about a million tourists who want to relax on the Black Sea coast. Even in winter, the temperature in this region hardly drops below zero, in summer it can reach +40. The beaches and prestigious Bulgarian resorts are not the only reason for visiting the city of Varna. This is also a territory of historical heritage, where already in the VI century the first Greek settlement was formed. Tourists have the opportunity to visit the Varna Historical Museum and see the ruins of Roman terms.

The first airport built on this territory began its work in 1916 and operated exclusively between the capital of Bulgaria, Sofia and Varna. The current airport was founded in 1972 and has been repeatedly expanded and updated to cope with the growing popularity of the region. Like Burgas Airport, in the coming years, Varna Airport expects major investments for the construction of an additional terminal. Now only one of the three terminals is operating - No. 2, which opened in 2013. It is he who carries out all international transportation. On the territory of the terminal there are both small shops with souvenirs and Duty Free territory where you can buy jewelry, perfumes, alcohol and delicacies, both locally produced and brought from Western Europe. There are several cafes and restaurants, bank branches, rental car rental points, recreation areas and meeting rooms, a mother and child room.

When ordering a ticket through a travel agency, visitors can use the free (that is, included in the package) transfer. Meeting with a sign at the exit and transfer to the place of rest are also carried out upon reservation by hotels. When planning an independent trip, you can secure an interesting trip with a visit to the entire coast, taking a car for rent at the rental car rental desks at the airport. Such a choice will allow you to see many interesting sights, not depend on a tourist group or public transport schedule, and relax on distant deserted beaches. The main resorts from the airport are followed by buses. It is also possible to use taxi services.

Bookingcar offers a wide range of car rental options at Varna Airport
With us you can choose a car of any class that best suits your needs.
Our prices are one of the best prices on the market.
See for yourself!
Professional support
Our professional call center will help you understand all the intricacies of car rental. We guarantee full support throughout the rental period.

Other locations in Varna:

You can choose something decent at a normal price. In this sense, the distributor is the best

For me, the priority is low price, and if you check the contract carefully, then there will be no problems.

When we go to rest with children, we always rent a car, and if we are together with our husband, we can do without it. We use the services of this company from time to time. Something, and the customer is always in the first place for them.