Explore Brussels in a hire car 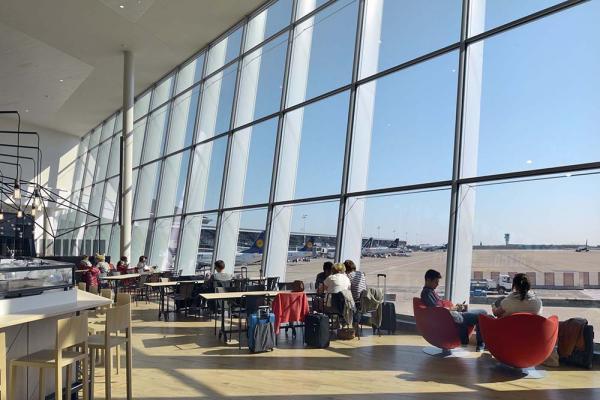 Brussels International Airport is located 11 km from the center of the capital in the town of Zaventem, whose name is also often used to refer to the airport. One of the most beautiful cities in Europe, magnificent Brussels, combining Dutch color and French grace, invariably attracts many tourists, whose number exceeds 22 million a year. If you rent a car using Bookingcar.su, you can visit not only all corners of the beautiful city with a rich cultural heritage, but also visit important historical monuments beyond its borders, for example, the city of Waterloo, famous for the large-scale battle with Napoleon, and the medieval castle of Gaasbek.

The airport complex was built for military needs by the Germans during the invasion in 1914, and after the war ended it became civil. It consists of one terminal, divided into zones A and B. On the second floor there is an arrival hall, rental car rental desks and representative offices of travel agencies, and on the third floor there is a departure hall where you can get the necessary information at the information desk. On the top floor, passengers can dine in one of the cafes and restaurants overlooking the take-off planes, as well as purchase souvenirs in the Duty Free store. Complimentary internet access is available in the waiting rooms.

To facilitate the movement from the air harbor to the center of the capital, a train service was organized and a station was created at level -1 of the terminal, from where trains leave for Brussels and other cities in Belgium and the Netherlands every 15 minutes. Buses to the city center, to the European Union building and to the city of Antwerp regularly leave the stop at the exit from the terminal. There, at the exit from the arrivals area, passengers are expected to see blue and yellow cars of a licensed taxi service.

Bookingcar offers a wide range of car rental options at Brussels Airport
With us you can choose a car of any class that best suits your needs.
Our prices are one of the best prices on the market.
See for yourself!
Professional support
Our professional call center will help you understand all the intricacies of car rental. We guarantee full support throughout the rental period.

Other locations in Brussels:

The distributor has good prices, but the condition of the machines is average. I wanted to offer better cars, well, or somehow warned in advance

The prices are affordable and the service is honest.

I waited a long time for unlocking the deposit on the credit card.

Heard about Europcar a lot of negative reviews. I do not know why this was due, but I had no choice, the best offers were submitted from this company. Decided to take a chance. What can I say ... the car was clean and pretty in good condition. There are many scratches on the bumper, paint marks on the left side. But all this is trifles. You fix these moments with a specialist and then no problems.