Explore Salzburg in a hire car 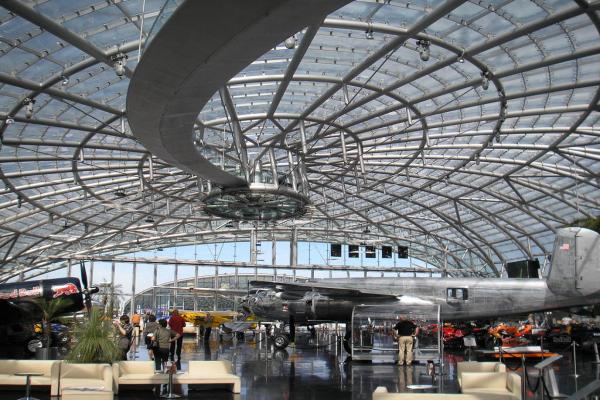 Salzburg International Airport is located just 4 km from one of the most beautiful cities in Austria, in which the famous composer Wolfgang Amadeus Mozart was born. The air harbor is also located almost on the border with Germany and attracts many ski lovers from around the world. By renting a car using Bookingcar.su, you will have access to the most beautiful and popular sights: an amazing example of Baroque architecture - the Helbrun Palace with its grand park, founded in 1077 by the Hohensalzburg Fortress, the Cathedral and the Nonberg Abbey. After seeing the city, you can take a rental car to the largest Alpine national park “Hohe Tauern”, visit Hohenwerfen Castle on a high cliff 40 km from Salzburg and relax in the picturesque and quiet suburb of Anif.

The Salzburg airport terminal is the second largest in Austria and dates back to 1910, when the first plane landed on the race track located here at that time. Now the airport consists of a main terminal and an additional one, which works mainly with charter flights during the ski season. There is a free Wi-Fi network at the airport, which can be used in a comfortable waiting area or with a cup of tea with strudel in one of the cafes and restaurants. Also, passengers can make purchases in the duty-free zone while children spend time in the play area, go to the bank and currency exchange office, seek help at a medical center and pick up a car at the rental desk in the arrival area.

It takes less than half an hour to get to the city center. From the stop at the exit of the terminal, buses leave for every 10 minutes to the central station, where you can get to the center of Salzburg in just 20 euros for 20 minutes. Taxi cars are also parked in the same place, a trip on which is preferable for traveling with family and large luggage, the price is calculated on the counter and is approximately 40 euros.

Bookingcar offers a wide selection of car rental options at Salzburg Airport
With us you can choose a car of any class that best suits your needs.
Our prices are one of the best prices on the market.
See for yourself!
Professional support
Our professional call center will help you understand all the intricacies of car rental. We guarantee full support throughout the rental period.

Other locations in Salzburg:

I took FORD KA. The machine is at least one of the most affordable, but in my opinion, the most optimal option for Europe. Once again I am grateful to the distributor for the service and for the promptness. To be in time to arrange everything for a day is certainly professionalism

It's great that all the functions that you need in a car can be immediately designated, rather than making a one-kilometer letter to a consultant. And the reservation can be made even on the day off, without being tied to the working schedule. In this regard, the site is very convenient.

They delayed the receipt of the return of the pledge, it was necessary to be nervous.

There were no queues at the counter, but I still had to wait. The reason was not clear, it's good that the machine eventually got to us in perfect condition.

I really like to travel by car. It was the first time to take a car from Global Rent A Car. Good service and competent specialists.