Explore Sydney in a hire car 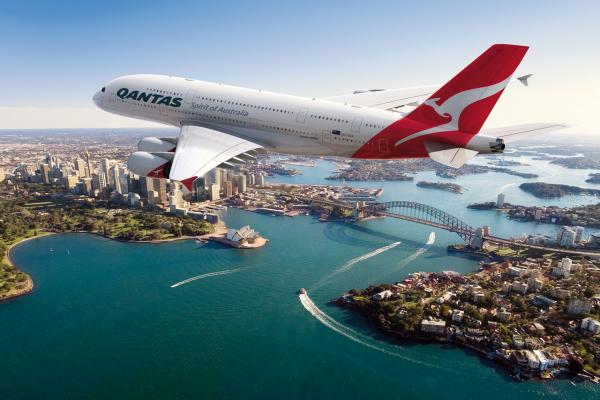 Sydney International Airport is the largest commercial airport in the country and receives about 39 million tourists every year. The main beauties of the amazing continent are revealed to those who are ready to leave the city. To do this, you will need a rental car, which you can choose and order on Bookingcar.su. On a rented car, you can drive along the coast with beautiful beaches, admire the view of the famous opera from the Harbor Bridge, walk through eucalyptus forests and mangroves and visit the Kuringai park, where examples of cave paintings are preserved.

The construction of the airport complex, named after Kingsford Smith, an Australian pilot who flown over the Pacific Ocean, began in the 1920s, which is why it is considered one of the oldest in the world. Since then, it has undergone several modernizations, which made it possible to achieve a high level and speed of servicing a large passenger flow. The airport terminal consists of three terminals - one international and two domestic. All conditions for a comfortable stay have been created for passengers: waiting rooms and lounges for privileged travelers, children's play areas, as well as rooms for mothers and children, currency exchange points, representative offices of banks and travel agencies, rental desks, several restaurants and cafes where you can dine or have coffee in the time remaining before the flight, and, of course, the extensive duty free zone.

The air harbor is located almost within the city limits, so getting to the city center is not difficult. The State Transit Airport yellow regular express bus will take about an hour. You can catch a train at the airport terminal: one station is located in the international terminal, the other between the domestic ones. Having paid for a ticket more expensive ($ 17 per adult), thanks to a high-speed train, you will be in the center in 15 minutes. In the arrivals area, representatives of official taxi services work, whose cars are waiting in the parking lots at the terminals.

Bookingcar offers a wide range of car rental options at Kingsford Smith Sydney Airport
With us you can choose a car of any class that best suits your needs.
Our prices are one of the best prices on the market.
See for yourself!
Professional support
Our professional call center will help you understand all the intricacies of car rental. We guarantee full support throughout the rental period.

Other locations in Sydney:

I thought that I was lucky with the car, but on the last day the air conditioner broke down

They could not even imagine that with a rental car the trip turns out to be so rich and productive. How much we managed to do this time - not to pass. And the sights, and shopping, and a picnic, and parks. And it's all for a week. At what on arrival home felt rested. Cars at the super distributor

I rent a car in Bookingcar.su. They have the cheapest prices and good service. It's important for me.

Despite the fact that there were scratches on the car, I immediately reported it to the company and already when I handed it over, there were no problems.