€ 390.63
€ 253.91
price for 3 days
Save on this offer 35%
Bookingcar offers a wide selection of car rental options in Washington
Here you can find a car of any class that best suits your needs.
Our prices are one of the best prices on the market.
See for yourself!
Professional support
Our professional call center will help you understand all the intricacies of car rental. We guarantee full support throughout the rental period. 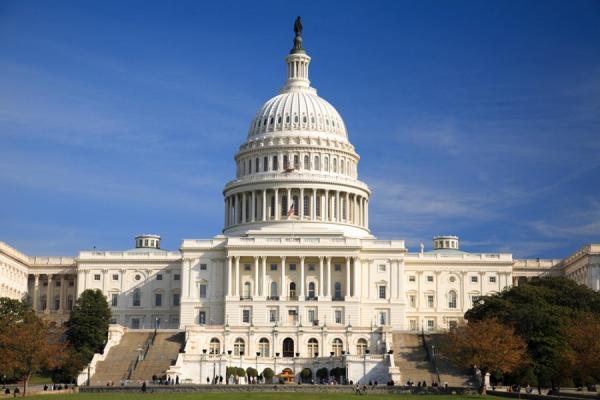 The name of the capital of the United States is associated with the name of the first president of the United States, George Washington, who founded the city in 1791. The symbol of the capital is, of course, the White House, the only residence of the president in the world, open to the public. If you do not plan to stay in Washington for a long time and want to see other cities, we advise you to rent a car - it is much more profitable, more comfortable and faster than traveling by public transport.

Car rental services at Washington Airport are provided by rental companies such as Advantage, Alamo, Avis, Budget, Dollar, Enterprise, Hertz, National and Thrifty. Rental desks are located in a special area, which can be reached by minibus from the main terminal. There are several short and long-term parking lots at the airport, which can be paid in cash or with a plastic card.

What to see in Washington: interesting sights of the city 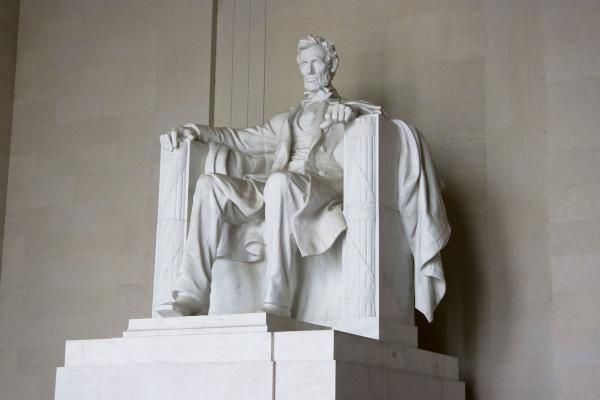 One of the most visited places in the USA, symbolizing the equality and freedom of people. The memorial is a building with 36 columns, each of which designates a state that joined at the time of the death of Abraham Lincoln. In the center is the famous statue of the president with a height of almost 6 meters and a weight of about 175 tons. Two massive stone slabs are located in the memorial building: one of them has Lincoln’s inaugural speech and the legendary words at the opening of the National Soldier’s Cemetery in Gettysburg. 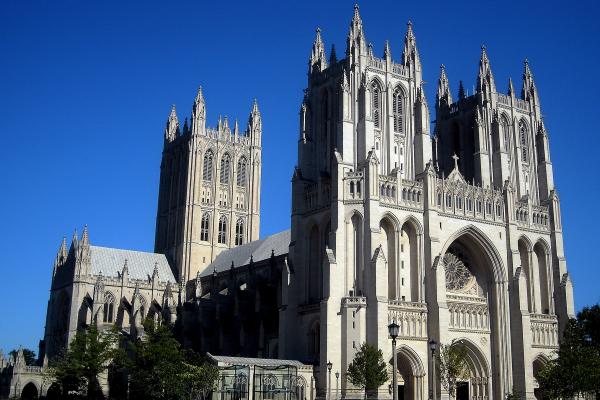 Not knowing the history of the emergence of the Washington Cathedral, one would think that it was founded in the distant Middle Ages. But this is far from the case: the cathedral was founded in 1907 and is the second in the United States. The temple was built in the Neo-Gothic style and in its decor has many details that were removed from memorial places from around the world. For example, the pulpit is made of stones of the Canterbury Cathedral (Great Britain), and the altar is made of sandstone from the Solomon quarries, located near Jerusalem. Take a look at the floor in front of the altar: it is decorated with ten stones from the chapel of Moses on Mount Sinai, referring to the Ten Commandments. After visiting the cathedral, take a walk in the neighboring garden, which is one of the most romantic places in the city. Pergolas entwined with ivy, a rose garden, a collection of medicinal plants, 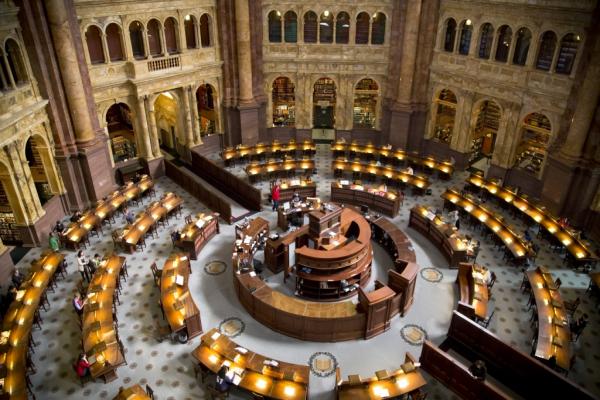 The largest library in the world, with more than 155 million books, maps, photographs, documents and valuable manuscripts. The library was founded in 1800 by President John Adams, who signed a special decree establishing that only the president, vice president, members of the US Senate and Congress had access to the book depository - hence the name “Library of Congress”. The library survived two devastating fires that destroyed most of the fund. It was restored in the 1850s; in the same years, ministers, members of the Supreme Court, members of several political parties, writers, scientists and journalists gained access to the vaults. The Library of Congress is open to the public, no need to buy a ticket. Please note that photography is not allowed in the main reading room.

Museum of Journalism and News 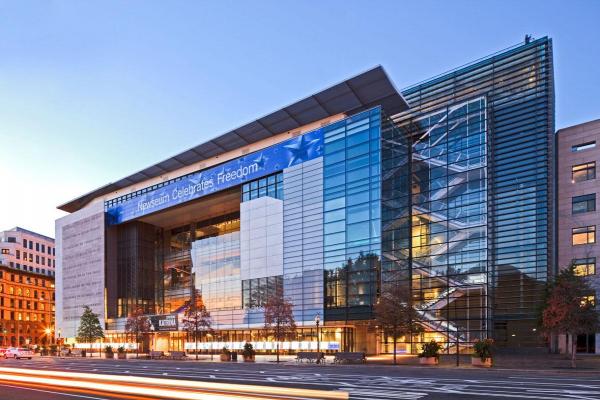 Museum dedicated to the history of world journalism. In the halls of the museum you can follow the chronology of the development of the print press, radio, television and the Internet, as well as see photos of great photojournalists. One of the most interesting exhibits is open in the gallery of international news: here you can learn about the features of freedom of the press in each country and find out where the rights of journalists are best respected. The plus of the museum is its interactivity. Visitors have a chance to try themselves in the role of a reporter, photographer or news editor - so if you are looking for a fun museum where you can spend several free hours, then you are here.

Between 3rd and 9th streets along Constitution Avenue www.nga.gov 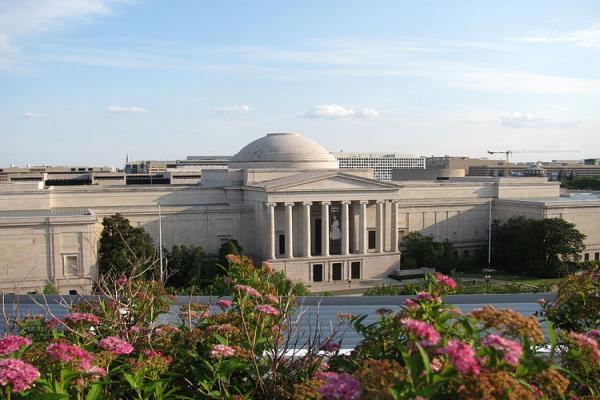 The National Gallery of Art in Washington is one of the top 10 most visited art museums in the world. In the halls of the museum you will find the works of such eminent masters as Leonardo da Vinci, Rembrandt, Vermeer, Monet, Van Gogh, Matisse, Pollock, Miro, Picasso, Warhol and others. The gallery is located in two buildings - east and west - connected by an underpass. The area of ​​art space is huge, so the best option is either to choose one gallery building and slowly walk around it, or to select 2-3 days for an excursion and view all the halls. 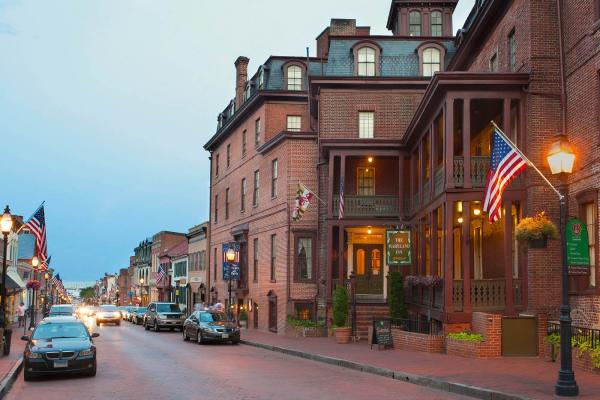 Having rented a car, go to the ancient city of Annapolis, which at the end of the 19th century, although not for long (only one year), was the capital of the United States. In Annapolis, the architecture and atmosphere of the colonial settlement are perfectly preserved. Two-story brick houses, multi-colored shutters, many flower beds and trees - the neat and miniature Annapolis looks like a toy city, where each lane evokes emotion and a smile. A walk along the promenade, which in the evening turns into the main place in the city, will add even more delight to you. Here you can have a delicious dinner, drink wine at the bar, or simply relax on the bench and enjoy yachts and boats. 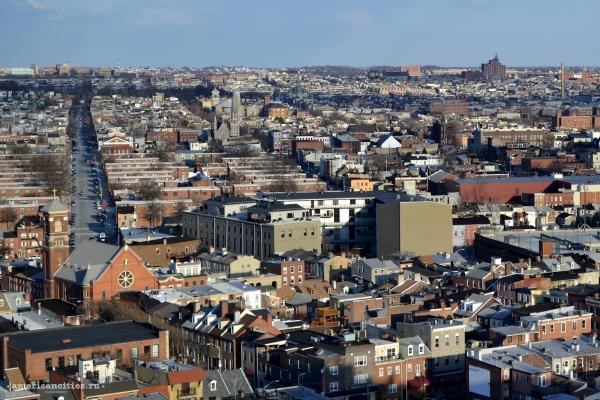 About an hour away by rented car - and you will find yourself in the port city of Baltimore, one of the largest on the Atlantic coast of the United States. Among Baltimore's sights, we advise you to look at the Constellation ship, which is associated with an important event for the city: on this ship, President George Washington declared Baltimore a state port. It is also worth walking along the first street of the city - Shakespeare Street and stopping at the first ice cream factory in America, where you can try the original varieties of this dessert. Near Baltimore is Fort McHenry, which played a key role in the war of 1802. It was here that the American naval and ground forces repelled the British offensive, planning to capture Baltimore. Now the fort is turned into a national park, where historical reconstructions, excursions and exhibitions are held, 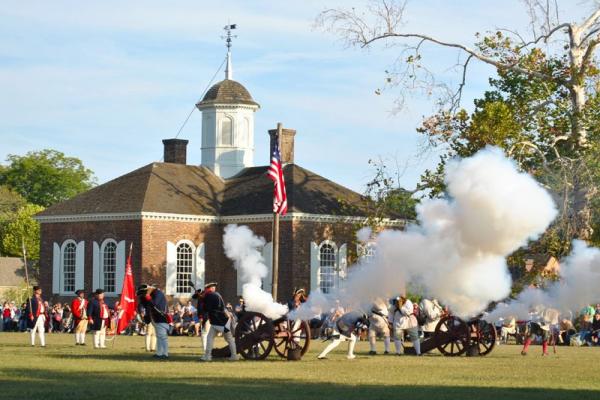 In Virginia, you will find an absolutely unique place, more reminiscent of the scenery for the film or performance. The city of Williamsbrug is an example of what a typical colonial city looked like in the 18th century. Ladies in long lace dresses walk around the streets and coquettishly straighten their hats, meeting handsome men in uniform and with a saber. Almost every house is a small museum, where the life of the Americans of that time is recreated in every detail. Tourists can rent a costume or crew and become a full-fledged participant in this impromptu historical performance. The fastest way to get to Williamsburg is by rental car, which can be left at one of the local parking lots. 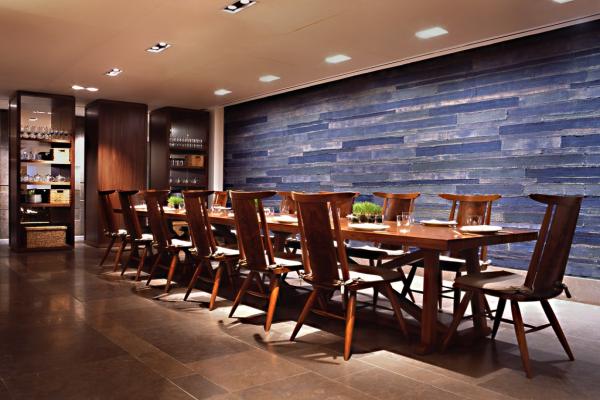 If you are looking for a breakfast restaurant, take a look at Blue Duck Tavern, where in good weather there is a cozy veranda with wicker chairs and thick trees that create a sense of privacy and isolation from city noise. The omelet with crabs and avocados is excellent; it’s worth it to come from the other end of Washington. Visitors also praise desserts that deserve a separate visit. 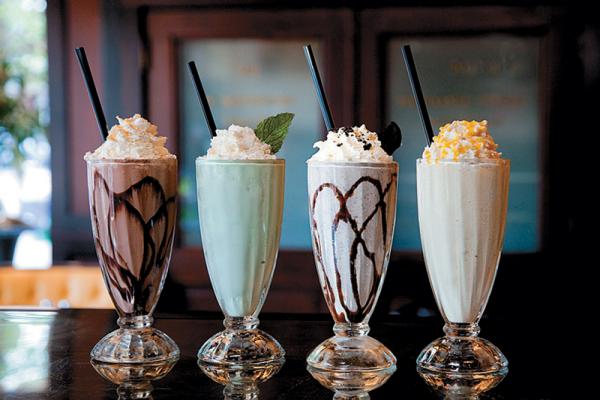 You need to come to Ted´s Bulletin for milkshakes - signature drinks of classic American eateries. Cocktails are served in tall glass goblets, a mandatory attribute is a cap of whipped cream with a pattern of sweet syrup. For those who are very hungry, Ted´s Bulletin will prepare a sandwich, burger, salad, pasta, meat or fish on the grill - all in large portions and with various additions in the form of sauces, french fries, toasted bread and fresh vegetables. 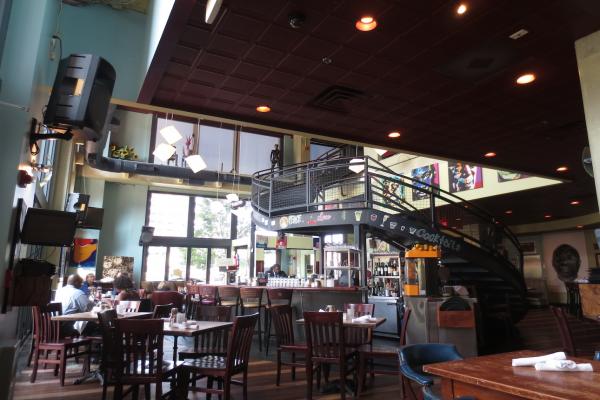 This place is unlikely to be suitable for a solid lunch, but it will be just right for breakfast or a light snack. The institution resembles a real art club and a meeting place for creative people. On the walls hang posters, newspaper clippings, in some places there are quotes from books that can be studied while the waiter carries the order. The cafe is combined with a bookstore, where you can find both modern authors and classics. Busboys and Poets regularly holds lectures and various creative meetings, so there is a chance that during lunch we can listen, for example, to a lecture on American poetry. 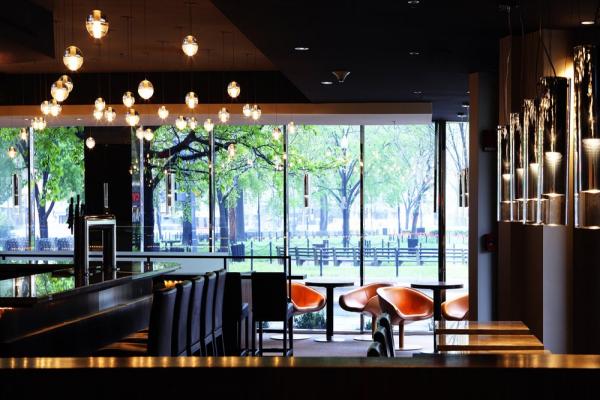 Bar Dupont is the perfect place for an evening cocktail. The best places at the large panoramic window overlooking the park. In addition to a large bar chart (more than 50 positions), Dupont offers good snacks, salads and meat dishes, as well as desserts (we recommend trying apple pie). 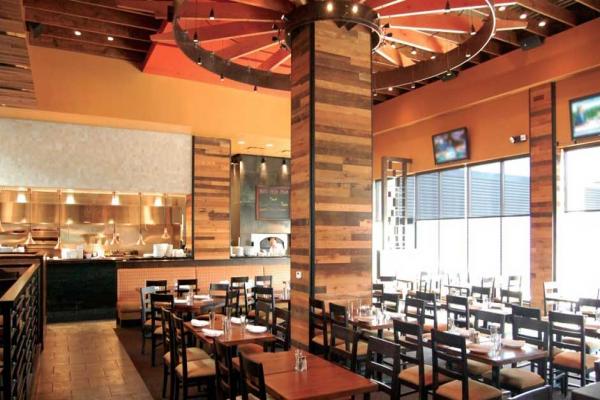 The institution is famous for its large selection of beer, which is distinguished by a special rich taste. The food is quite simple (sandwiches, burgers, salads), but tasty and quality cooked. City Tap House is popular among locals, so we recommend you book a table and pre-tune in a noisy atmosphere.

Where to live: cozy Washington hotels 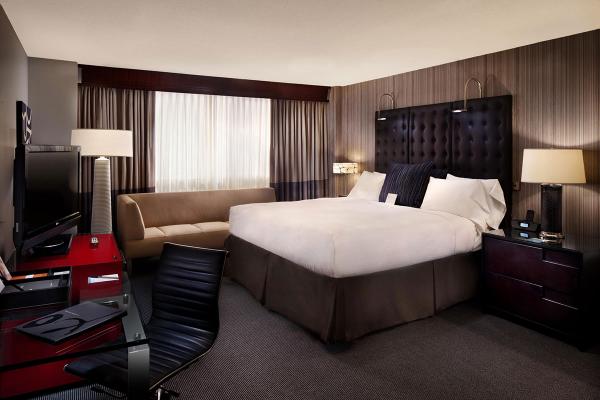 Four star hotel just a kilometer from the Capitol. The elegant rooms are minimalist in dark brown. From late May to early September, The Liaison Capitol Hill has a rooftop pool and lounge area. If you are traveling in a rented car, then you can leave it in a paid parking lot at the hotel. 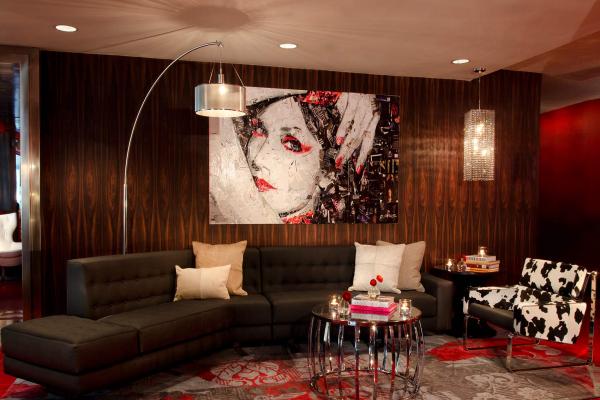 Three star hotel near the White House. Spacious rooms in red and white, feature rooms in large panoramic windows overlooking a pretty residential area of ​​Washington. It offers guests a fitness center, a zone for business meetings and conferences, as well as such a nice detail as a reception with a fresh press. 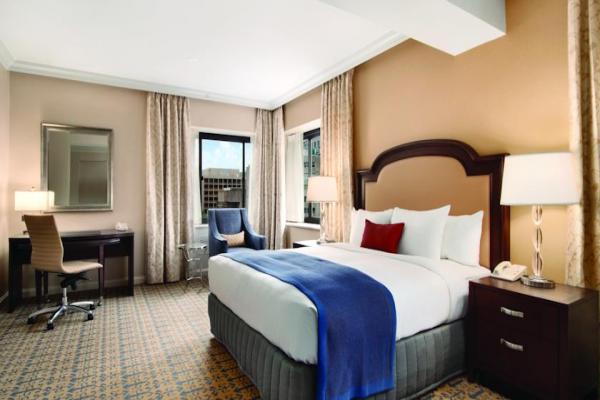 A four-star hotel in central Washington, which boasts such distinguished guests as, for example, Harry Truman and Ronald Reagan. The White House is only 5 minutes walk. The Capital Hilton offers comfortable rooms in beige tones. Fitness and spa facilities are available at an additional cost. Plus, the hotel has its own parking lot, where you can park your rental car. 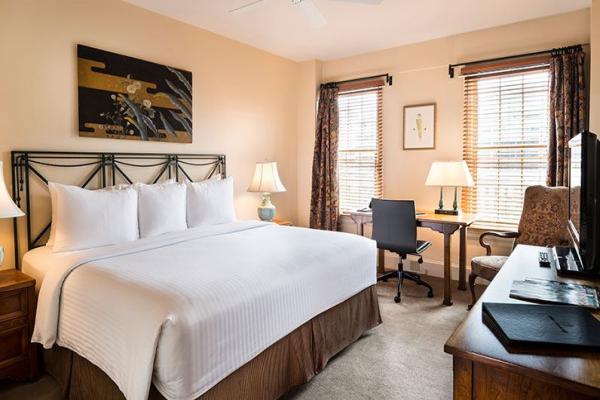 The boutique hotel is a short drive from the Lincoln Memorial. Classic rooms, stylized at the beginning of the XX century. Hotel guests can use the gym and the small fitness center. At Lombardy, the Venetian Room Bar is open, where you should drop by a glass of wine or something stronger in the evening. For guests using the car rental service, paid parking is available. 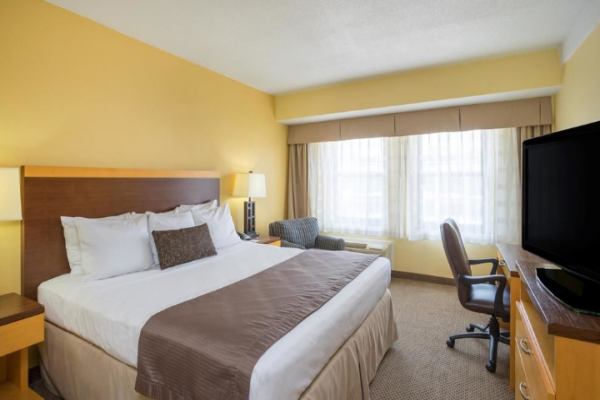 Small hotel next to the Smithsonian Zoo. Spacious, bright rooms with a classic selection of amenities. The hotel has a tour desk where you can get all the information you need about Washington's attractions and book a guided tour. Close to the Days Inn there is an inexpensive public car park, which will be very useful for tourists with a rented car.

Where to park a rented car in Washington

In case of any problems associated with car rental in Washington, BookingCar will solve them as quickly as possible.