€ 288.88
€ 187.77
price for 3 days
Save on this offer 35%
Bookingcar offers a wide selection of car rental options in Bratislava
Here you can find a car of any class that best suits your needs.
Our prices are one of the best prices on the market.
See for yourself!
Professional support
Our professional call center will help you understand all the intricacies of car rental. We guarantee full support throughout the rental period. 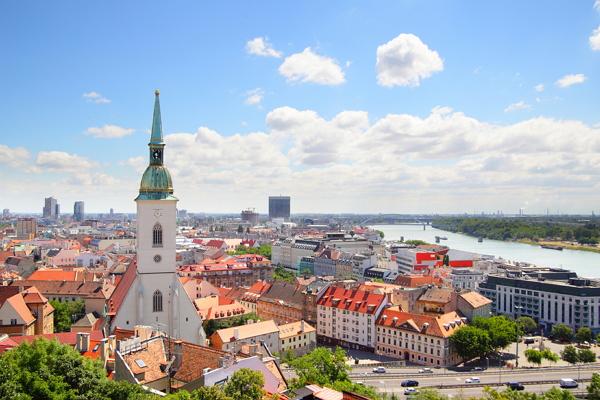 Bratislava is a miniature and cozy city bordering on two countries at once - Austria and Hungary. After seeing the main attractions of the city, go on a trip around the surroundings of Brastislava, where you can see the well-preserved medieval castles, small villages and picturesque valleys. From the city you can quickly get to some ski and health resorts in a rented car, which is very convenient if you do not plan to stay in Bratislava for a long time. 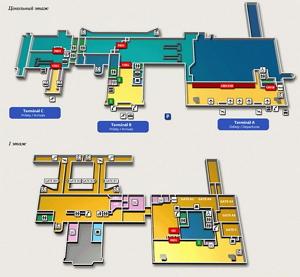 If you want to rent a car at the airport Bratislava, you can contact the offices of the following rental companies: Budget, Avis, Europcar, Hertz, Sixt and Eurocar. Free short-term and paid long-term parking is available at the airport. You can pay for parking both in cash and by credit card.

What to see in Bratislava: interesting sights of the city 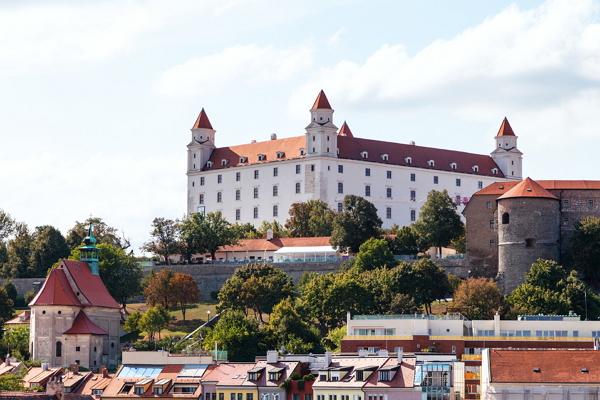 On the southern spur of the Small Carpathians, on a cliff above the left bank of the Danube, is the most important castle of Bratislava - Bratislava Castle - symbolizing more than a thousand years of Slovak history. The first buildings on this site date back to the III century BC, and for the first time the castle is mentioned in written certificates of Bratislava in 907. For centuries, the coronation ceremony of the Hungarian kings took place here. In the years 1431-1434, a Gothic two-story palace was built, which was later supplemented by bastions, fortifications and entrance gates. In 1811, Grad completely burned down, and for about 140 years no one undertook its reconstruction. Restoration of the castle took up only in the middle of the 20th century. Modern Bratislava Castle has the appearance that it had at the end of the 18th century. Now a museum is open here, which contains a collection of exhibits, 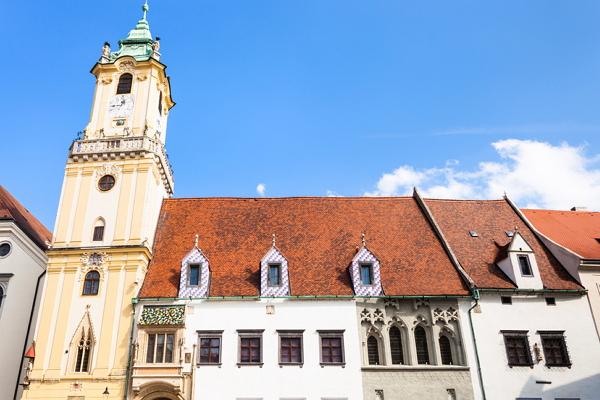 The oldest town hall in Slovakia, built in the 14th century. Starting from the 15th century, the town hall was used by the city council for meetings; at different times there was a prison and a mint; Currently, the City Museum is working in the town hall. We advise you to climb the corner tower, preserved from the time of the first construction (the building was rebuilt several times after the earthquake and fire), and enjoy the views of Bratislava and its surroundings. 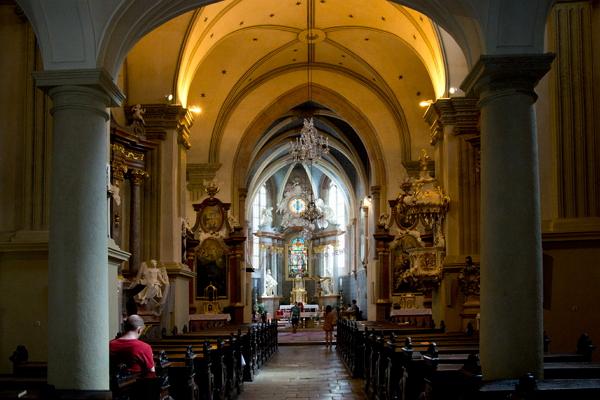 The oldest religious building in Bratislava, located in the Old Town. The church was built at the end of the 13th century; it was badly damaged during the earthquake of the 17th century, so it was rebuilt in a new architectural style that was different from the style of the original building. Don’t be confused by the shabby look of the church: going inside you will be pleasantly surprised when you see a luxurious interior in the Baroque style with wonderful stained glass windows and many gilded details. 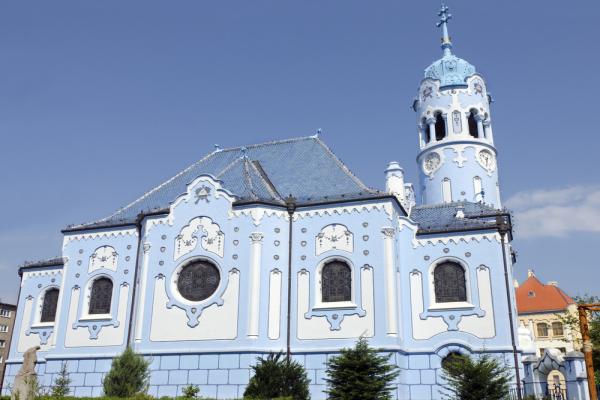 The Church of St. Elizabeth is also called the "Blue Church" because of its pale blue hue on the facade. It was built in the Art Nouveau style at the beginning of the 20th century by the Hungarian architect Eden Lechner. Outwardly, the church looks like a fabulous princess house: a blue roof, carved white details on the facade and small windows give it a special charm. By the way, it is St. Elizabeth’s church that represents Slovakia in “Mini-Europe” in Brussels - it is a miniature park that contains reproductions of the most beautiful buildings of the European Union countries. 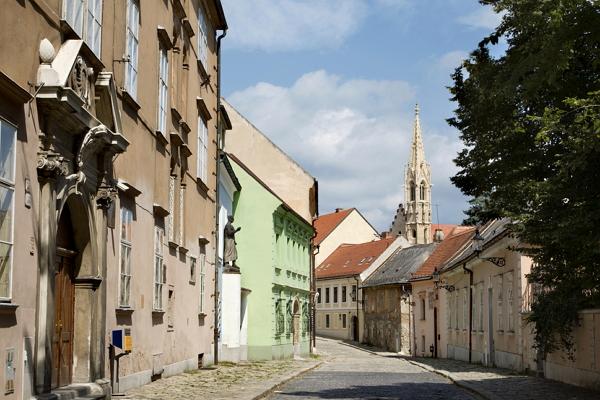 At the Cathedral of St. Martin begins a quiet and deserted street in the spirit of the Middle Ages. Next to the beautiful and well-kept buildings here you will see low abandoned houses with broken windows and peeling stucco on the facades. Almost every house has a courtyard, which can be seen if you look through the fence. Walking along Kapitulska street, it seems that he accidentally fell on the set of a historical film, so precisely the local architecture conveys the mood of the old days.

Near Bratislava: the best car routes 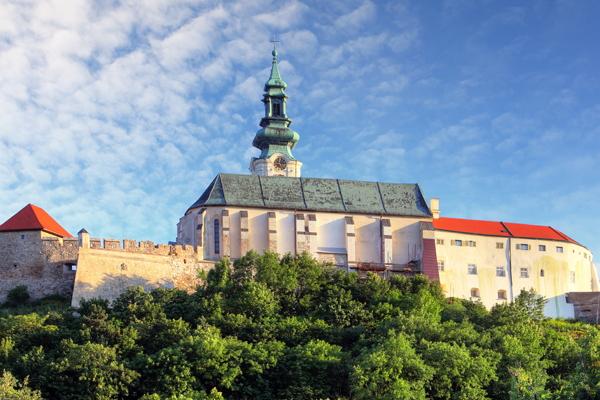 90 km from Bratislava is the city of Nitra - the center of religious life in Slovakia. The first Christian church was built here, and here Christian preachers and creators of the Old Slavonic alphabet Cyril and Methodius stayed. The city is divided into two parts - Upper and Lower Grad. We advise you to take a walk along the Upper Town and look into the Nitran Gallery, where the works of contemporary Slovak artists are presented. Nearby is a historical reserve with several religious buildings and a monument to Pribin - the first prince of Nitra. 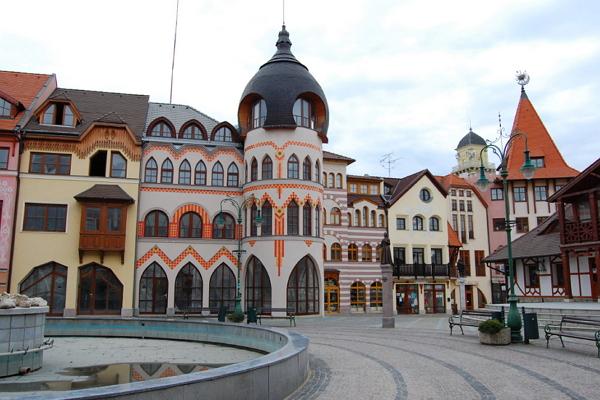 Driving a rented car a little south of Nitra, you will find yourself in the city of Komarno. It arose on the site of the Roman settlement of Brigetio, from which the ruins of the Kalamantia military camp remained here. Be sure to get to the city center: buildings in mustard shades with wooden balconies and triangular roofs look charming. 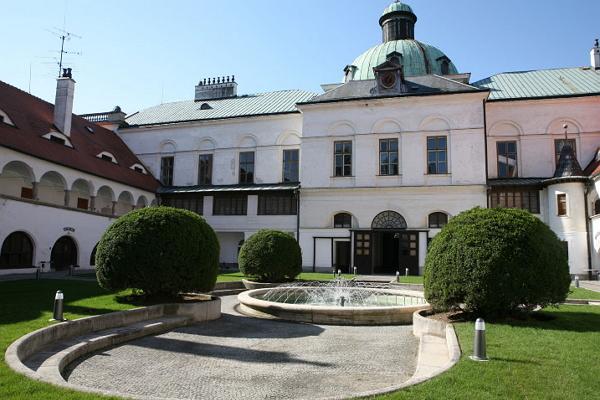 At one time, this estate was the summer residence of the Habsburg royal dynasty. It is surrounded by a picturesque English park with shady alleys and a small fountain. The Museum of Antiques is located in the main wing of the palace - the exhibits presented here (furniture, carpets, paintings, ceramics) belong to different eras of the rule of the Habsburgs. 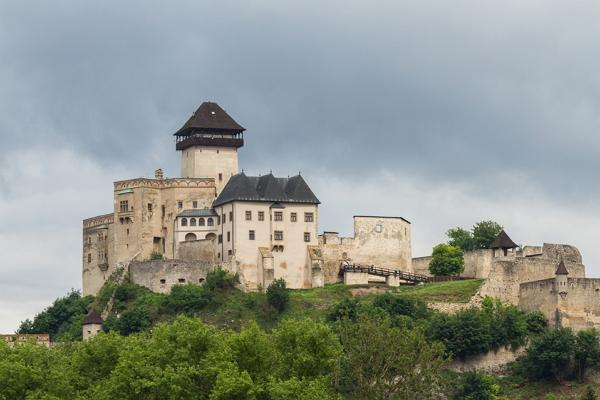 Having rented a car, go to Trencin to see the medieval castle of the XI century, towering on a rock right in the middle of the city. On the territory adjacent to the castle is the Old Town with a large cozy square, a Renaissance church and small shops where you can buy pleasant little things to remember about the trip. In the vicinity of the city is the thermal spa Trencianske Teplice with a wide selection of wellness treatments. 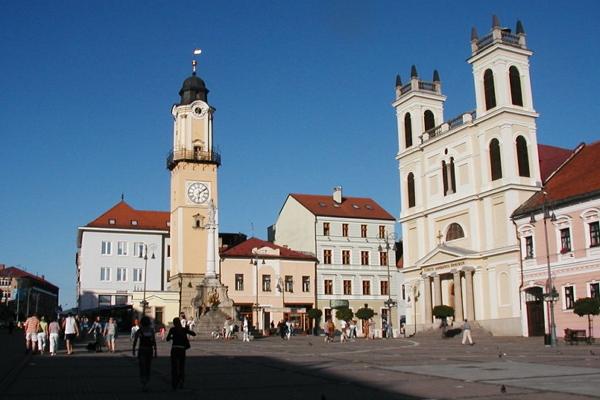 The capital of Central Slovakia, occupying the valley of the rivers Gron and Nitra. In the Middle Ages it was considered an important industrial and commercial center of the Hungarian kingdom. We offer you this route: take a walk to the National Uprising Square, look at the local Leaning Tower of Pisa (as the townspeople called it), then dine at the Cerveny Rak restaurant (order dumplings with feta cheese and something from smoked meat or trout), and then look into Postal a museum where you will see rare mailboxes, stamps and envelopes. 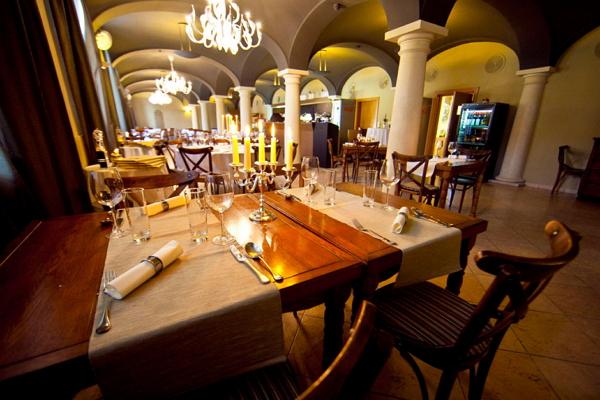 Nice Slovak restaurant on the western terrace of Bratislava Castle. Spacious hall with columns, white tablecloths on the tables and candles in aged candelabra. Try chicken soup with dumplings and veal in horseradish. It is best to order a glass of beer for these dishes, which is especially tasty here. 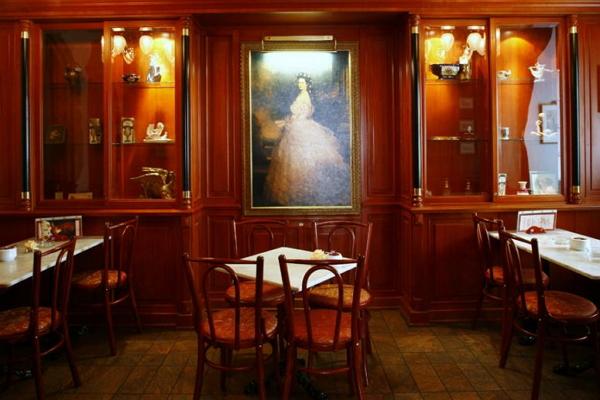 A wonderful pastry shop in the center of the Old Town, existing since the 19th century. In the past, she supplied cakes to the Vienna Imperial Court. The size of the sweet is simply amazing: one piece of cake is enough for you for the whole day. The restaurant’s interior is designed in the style of the late XIX - early XX centuries, which gives a special mood to this place. Mayer smells magical, because of the aroma alone, I already want to quickly sit down at the table and try some airy custard cake. 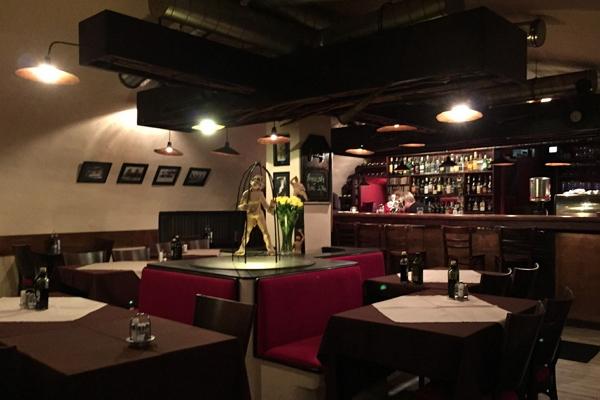 A popular local restaurant serving national cuisine. Laconic design, friendly waiters, warm homely atmosphere and large portions - what else do you need after a long walk around the city, when you want to eat in a pleasant atmosphere. We advise you to try a duck or a pork knee, which will perfectly combine with local beer (the restaurant has its own brewery). 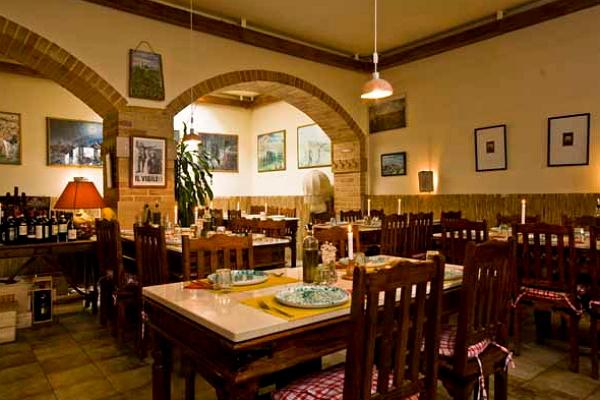 Family-run Italian restaurant 11 kilometers from the city center. If you suddenly want a risotto or pizza on a thin crispy pastry, then there is no better place in Bratislava. We recommend that you come to Antica Toscana in the late afternoon, as at lunchtime the restaurant is very crowded and noisy. 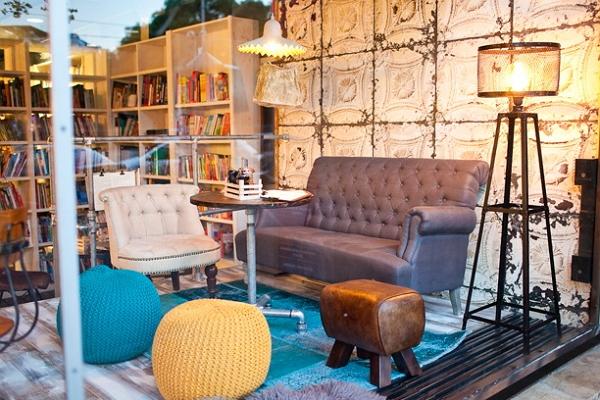 Gorila Urban Space is not so much about food, but about open lectures, screenings of festival films, literary evenings and concerts. Gorila has a nice cafe with a good menu: several types of sandwiches, salads, delicious desserts and an excellent selection of coffee. A nice bonus is a wine list big enough for an institution of this format.

Where to live: comfortable hotels in Bratislava 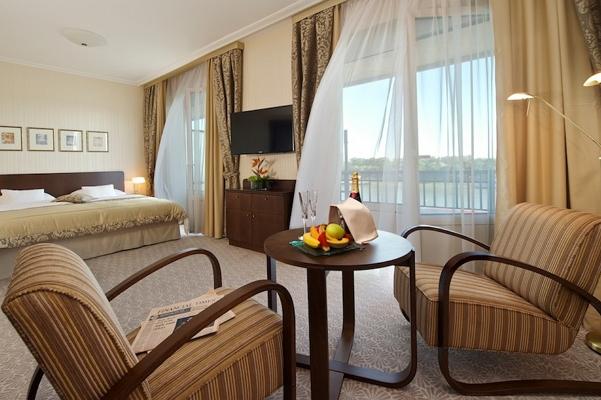 Four star hotel overlooking the Danube. Quite simple but neat rooms in a classic style. The hotel has a free spa with indoor heated pool, Finnish sauna and steam bath. We advise you to visit the restaurant of French and Slovak cuisine Devin, which, by the way, is included in the gastronomic guide Gault & Millau. 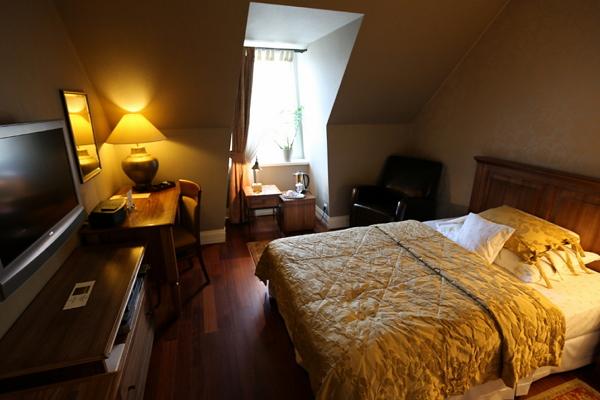 Five star boutique hotel in the historical center of the capital. The rooms are decorated in a classic style with golden hues. It offers free Wi-Fi, a spa with a solarium, a sauna and a hot tub, a lobby bar with a fireplace, and a restaurant serving national cuisine. If you are traveling in a rented car, you can leave it in the underground garage. 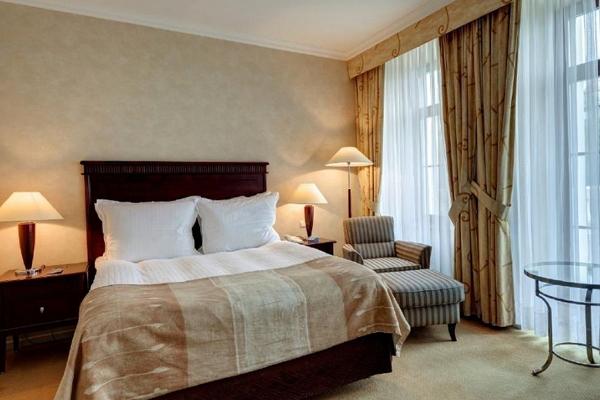 Hotel in the city center next to the Slovak National Theater. Cozy rooms in bright colors have a private bathroom with heated floors. Live music is played in the Mirror bar in the evenings - we advise you to come here for a cocktail. In summer, the Savoy Restaurant opens up to a summer terrace with a gorgeous view of the Hvezdoslav Square. 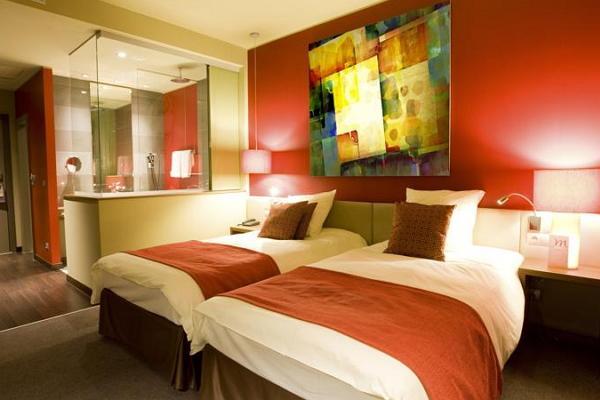 The hotel is located just 7 kilometers from Bratislava Airport. The city center can be reached in 10-15 minutes. Guests enjoy free Wi-Fi, a fitness center and a library in the lounge area. Pleasant comfortable rooms with a bright and interesting design are suitable for those who value quality for a relatively small amount. 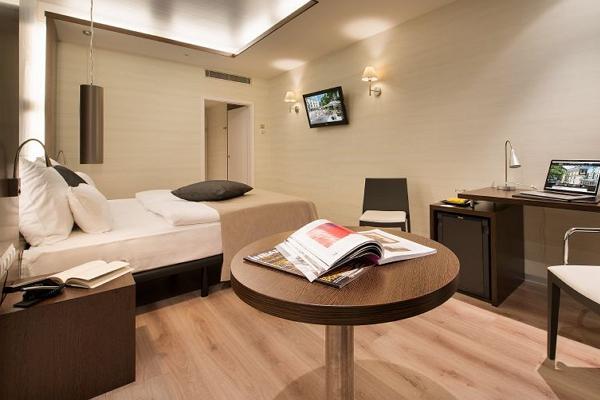 Four-star hotel within walking distance of the Old Town. The rooms offer lovely views of the Presidential Palace garden. Spacious, bright rooms with a minimalist design. The hotel has the Fabrika The Beer Pub Restaurant and the Coffe and Wine Lounge Bar with a cozy terrace where you can enjoy a cup of coffee in the morning. An underground car park is open for those traveling by rental car.

Where to park a rented car in Bratislava

In case of any problems associated with car rental in Bratislava, BookingCar will solve them as quickly as possible.