Explore Warsaw in a hire car 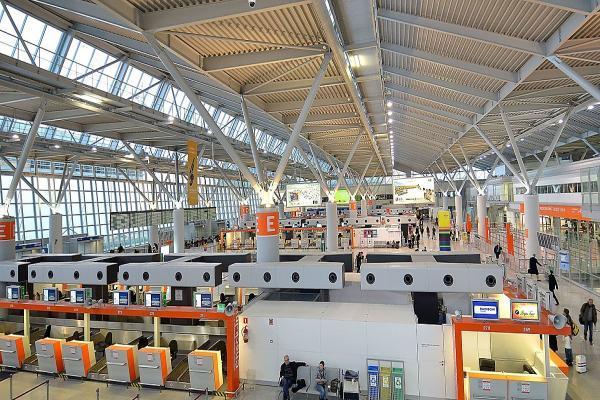 Warsaw International Airport is the largest in Poland and is located in its capital, only 7 km from the center. Almost half of all flights arriving here arrive in the most beautiful and rich in historical heritage country. You will be able to visit all the sights of this ancient city with a car rented in advance using the Bookingcar.su service, which you can pick up at one of the rental desks at the airport.

Warsaw's air harbor, built in 1969 on the site of a terminal destroyed during World War II, receives more than 300 flights daily, not counting the ever-increasing number of charter flights. In 2001, the airport was renamed, receiving the name of the world famous Polish composer and virtuoso pianist Frederic Chopin. The two terminals are combined in one building, where tourists are invited to relax in a comfortable waiting area with free Wi-Fi, have lunch or a cup of coffee in one of the coffee houses and restaurants, as well as make purchases in numerous stores. You can also shorten the time before the flight on the observation deck, from where a view of the soaring planes opens.

To travel to the city center, you can use the Aeroexpress train departing from the railway station on the ground floor of the airport. Public transport runs around the clock - buses invariably depart every 15 minutes from the exit of the terminal in order to deliver passengers to the central railway station. Many Warsaw hotels offer their guests to book a transfer, the driver of which will meet the arriving guests in the arrivals area and help to load luggage. A taxi car, the trip which will cost about 15 euros, can be found even after arriving at a stop at the airport building.

Bookingcar offers a wide range of car rental options at Warsaw Chopin Airport
With us you can choose a car of any class that best suits your needs.
Our prices are one of the best prices on the market.
See for yourself!
Professional support
Our professional call center will help you understand all the intricacies of car rental. We guarantee full support throughout the rental period.

Other locations in Warsaw:

I wish that the voucher was sent faster
Yuliya Dyachenko , 22 October 2019

I watched and chose for a long time, in the end I came to the conclusion that it is more profitable than here, I will not find
Anna Bedenko , 11 April 2019

Minivans for small families are also for very large ones, so that we were able to pick up what we wanted
Dana Medina, 31 January 2019

She took the car in the city center, in principle, a convenient feature
Katya Kulikova, 02 December 2018

The vacation was a success, and with the lucky car

They gave out a car that did not match what I was promised when booking. I had to sound an alarm and demand fulfillment of all obligations. After an hour of waiting, the same car was delivered, but in a much better way. It did not affect my attitude to the distributor, it happens differently. In general, for 2 years of working with the company this was the first time. It's good that on the whole I got what I wanted and the vacation was fine.