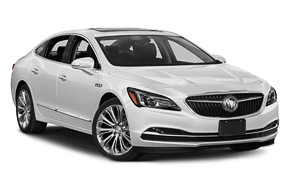 Explore Miami in a hire car

Miami International Airport is one of the main airports in the United States, competing for first place in America in terms of passenger traffic with New York Airport. It is also the main airport through which it interacts with Latin America. The city attracts both tourists who want to relax on the shores of the Atlantic Ocean, and business people interested in visiting the financial center with the highest concentration of international banks in America and the headquarters of large international companies. The average temperature in Miami is around +25, so the beaches of Florida are popular all year round.

The airport began operations in 1928 and was rebuilt several times to cope with the ever-increasing flow of passengers. It is currently equipped with the most innovative security systems. Miami Airport consists of one terminal with long crossings up to a kilometer long, which often causes complaints from tired travelers. A thorough check of documents with a large number of arrivals also accumulates unwanted queues. However, the airport still provides many opportunities for comfortable waiting for the flight and receiving the necessary services after arrival - numerous bars and restaurants, a wide Duty Free area, recreation areas and VIP rooms, rental car desks, currency exchange points.

From the airport to the city can be reached by bus, paying only $ 2. Buses run from 6 am to 11 pm at half-hour intervals. Metro tickets and trains departing from Miami Central Station near the airport are similarly priced. A taxi is on duty at the exit, the price of a trip to Miami (about 30 minutes) is fixed at $ 22. At the airport, several car rental leaders are represented, offering themselves the opportunity to travel along the coast by renting a car.

Bookingcar offers a wide selection of car rental options at Mimi Airport
With us you can choose a car of any class that best suits your needs.
Our prices are one of the best prices on the market.
See for yourself!
Professional support
Our professional call center will help you understand all the intricacies of car rental. We guarantee full support throughout the rental period.

Other locations in Miami:

Definitely lucky with the car

I booked a car for 2 weeks. I wanted to extend my vacation, I asked the specialists to extend the term of the reservation. Everything was done quickly