Explore Kiev in a hire car 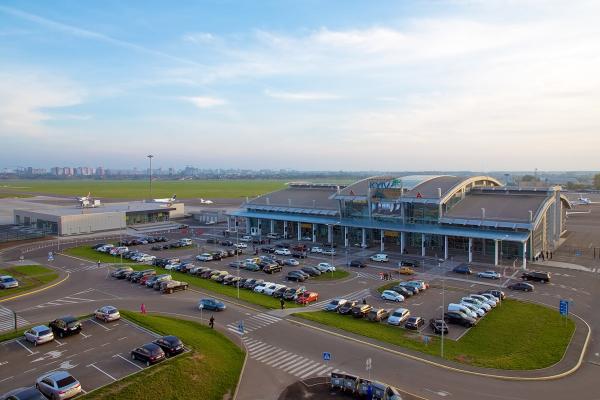 Zhuliany International Airport is one of two airport complexes of the capital of Ukraine and bears the name of the Kiev region in which it is located. And although the Boryspil airport 30 km from the city is much larger, many tourists use the services of the Zhuliany airport, or, as it is also called, “Kiev”. Sightseeing can be started immediately after arrival by visiting the largest aviation museum in Ukraine. To see all the beauty and historical monuments of the old city, rent a car at one of the rental companies on Bookingcar.su.

Zhulyany air harbor appeared on the site of the airfield, which existed on this site since 1924. Now it consists of two main (international and domestic) terminals and one business terminal that serves private flights. Passengers are invited to spend time in one of the bars and restaurants, buy souvenirs in duty-free shops, use the services of banks and currency exchange. For traveling with children, a mother and child’s room and a children's corner have been created.

You can get to the city center by taxi or bus, departing from a stop at terminal V. Having rented a car, you can go to your hotel or to one of the many historical monuments of Kiev. For example, in the grand complex of Kiev-Pechora Lavra, where many pilgrims and admirers of ancient architecture constantly arrive. Then visit the beautiful St. Andrew's Church, feel like an eminent guest, having passed through the Golden Gate, have dinner in a cafe on Khreshchatyk. And if you have time, you can explore the Pirogovo Museum Reserve, which contains the best examples of wooden architecture of the 16th-19th centuries from all over Eastern Europe.

Bookingcar offers a wide range of car rental options at Kiev Zhuliany Airport
With us you can choose a car of any class that best suits your needs.
Our prices are one of the best prices on the market.
See for yourself!
Professional support
Our professional call center will help you understand all the intricacies of car rental. We guarantee full support throughout the rental period.

Other locations in Kiev:

I was given a car in an incomplete tank, I returned with a full one. Recalculation is not done and the difference is not returned, of course. This should be taken into account .. it is better then to pay for gasoline on the spot than to give someone
Nicole Bernard, 16 March 2019

Rented NISSAN MICRA. It turned out cheap for 4 days, the distributor has really good prices. You just need to carefully read the rental conditions, because they have their own for each car and can be booked automatically, and then pay extra for issuing during off-hours or for unlimited mileage, as I had.

It is advantageous to make a reservation in advance, because there is an opportunity to use the shares. Those who have long been using the services of the distributor probably have already understood this, so I rarely manage to rent a promotional car, but if it still works, then there is a big saving in the end!
Zoya Filipenko, 27 October 2018

The car got good, but the issue and return - it is simply impossible. Too much time it takes. Yes, I understand everything, but you can somehow speed up the whole process.
Jamie Boyle, 21 October 2018