Explore Dnepropetrovsk in a hire car

Car rental at the Dnieper airport 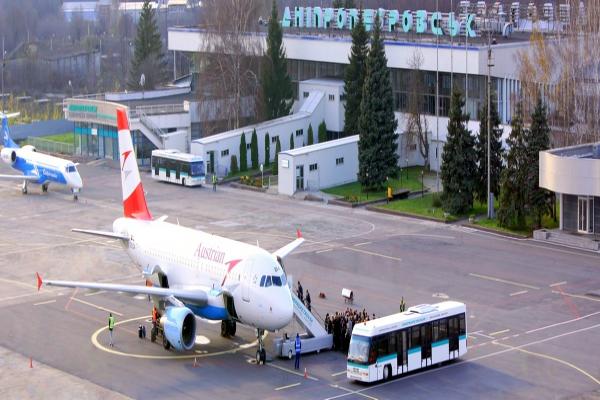 Dnepropetrovsk International Airport is the only air harbor of the industrial region, spread on two banks of the Dnieper. Excavations carried out in this metallurgical and economic center showed that the first settlement appeared here back in the Stone Age. In 870, Byzantine monks founded the first monastery on the banks of the Dnieper, destroyed during the Mongol-Tatar yoke. But despite the war, the city has preserved many historical monuments that organically combine with the modern longest embankment in Europe, beautiful parks and new buildings.

Rent a car at the car pick-up point at the airport by pre-filling out an application on Bookingcar.su website to receive the best offer from car rental leaders. This will allow you to see the whole city, its churches, the largest collection of Scythian “women” on Zhovtnevaya Square, the Potemkin Palace, the Golden Rose Synagogue, the Bogoroditsky Fortress in the Samara District.

The airport of Dnepropetrovsk began its work in 1944 and was modernized in 2010, which increased its throughput. For passengers, there is a relaxation area, several cafes and restaurants, shops, a mother and child room and a medical center. Free Wi-Fi is available throughout the airport.

By car from the airport to the city center you can get along the Zaporizhzhya highway. If you refrained from renting a car, you can use the services of a taxi, the services of which work in the arrivals area. You can also get to the city by regular buses No. 60 and 109, which will be cheaper, but it will not be so convenient for traveling with family and a lot of luggage.

Bookingcar offers a wide range of car rental options at the Dnieper Airport
With us you can choose a car of any class that best suits your needs.
Our prices are one of the best prices on the market.
See for yourself!
Professional support
Our professional call center will help you understand all the intricacies of car rental. We guarantee full support throughout the rental period.

Other locations in Dnepropetrovsk:

Very, very satisfied with the service

I like the rental company for the fact that it will always help you quickly to do everything. The car park is normal, there are, from which to choose, even if urgently needed.