Explore Belgrade in a hire car 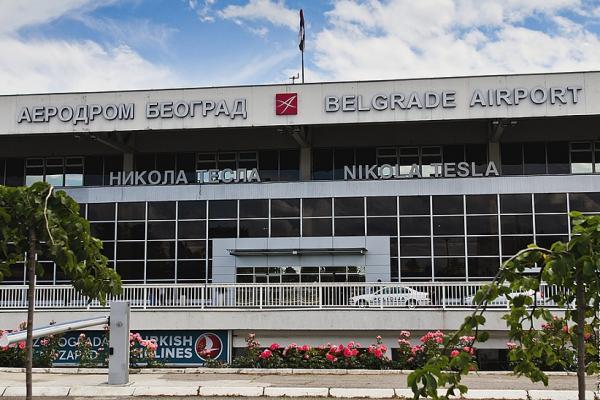 Belgrade International Airport is named after the great Serbian inventor and famous physicist Nikola Tesla. Nearly 5 million people come here every year, and before landing in an air harbor at an altitude of 100 meters above sea level, they have a beautiful view of the capital. The ancient city offers tourists to visit the Belgrade fortress of the XV century at the confluence of the Danube and Savva rivers, the Bohemian quarter Skadarlie, the oldest church of the Ružitsa, the royal residence of Obrenovičy and the unusual Flower House. By renting a car on Bookingcar.su, you can see not only the sights in the center, but also the Royal Palace in Dedinje, the Jerdap National Park in eastern Serbia, the medieval fortress of Golubac and 16 monasteries of Serbian Athos.

Belgrade Airport consists of two terminals, one of which specializes in regular flights, and the other on charter flights. A large-scale reconstruction carried out in 2006 made it possible to modernize the building, making it more comfortable for passengers. In anticipation of the flight, tourists can visit shops, linger in a cafe, use the currency exchange. The airport staff will be happy to help you find the car rental desk noted in your voucher, where after receiving your luggage and passing the necessary formalities you can pick up the rented car.

From the airport to the center of Belgrade can be reached in 40 minutes by bus 72, buying a ticket at a kiosk near the stop. A faster, but less budgetary way - the Jat Shuttle Bus express takes tourists to the central station in just half an hour. If you are traveling with your family and a lot of luggage, you may prefer local taxi services, the cost of which is calculated by the number of kilometers plus an extra charge for boarding.

Bookingcar offers a wide range of car rental options at Belgrade Nikola Tesla Airport
With us you can choose a car of any class that best suits your needs.
Our prices are one of the best prices on the market.
See for yourself!
Professional support
Our professional call center will help you understand all the intricacies of car rental. We guarantee full support throughout the rental period.

Other locations in Belgrade:

The machine was fully consistent with those characteristics, which were announced

On the issue it turned out that the car was partially inoperable, immediately apologized, asked to wait and gave the car higher class.