Explore Plovdiv in a hire car 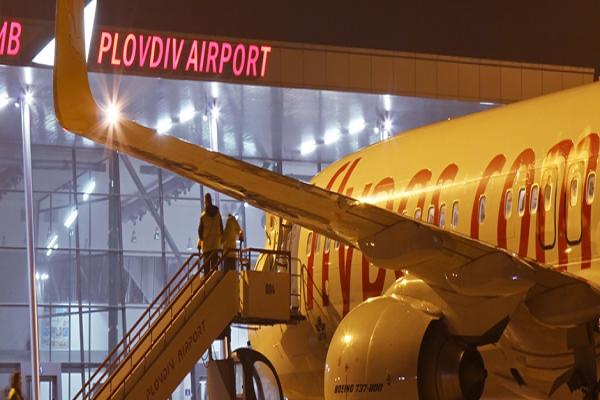 Plovdiv International Airport is located 12 km from the city of the same name, which is considered one of the oldest in Europe. Once, at the beginning of its development 6 thousand years ago, this settlement was named after Eumolpiad. The modern name appeared in the 15th century, and in the 14th century the city became a Bulgarian open-air museum, preserving the monuments of ancient and medieval times on its streets. Use the Bookingcar.su service to drive around in the rented car all the amazing historical sights of Plovdiv. Later, fed up with the city, you can allow yourself to go to the capital of Bulgaria - the city of Sofia, which is only 130 km away, or spend time in the nearest ski resorts Pamporovo (60 km) and Borovets (90 km).

Plovdiv airport terminal cannot boast of large sizes, but it successfully copes with the flow of tourists even in high season with a large number of charter flights. There is enough space in the modern and clean terminal building to comfortably accommodate passengers awaiting their flight. Near the airport there is free parking for 50 cars, near which their temporary owners and rental cars are waiting. However, do not expect to buy souvenirs and local products at the last moment before departure, since there are no Duty Free shops at the airport.

To get from the airport to the city of Plodviv, you can use the taxi services that are on duty at the exit of the terminal. You can also drive a couple of kilometers to the nearest train station to get to Sofia or the resort towns. The most popular car rental companies are, as public transport is temporarily not to the city. By choosing a hotel for your vacation, you can also arrange a transfer from the airport.

Bookingcar offers a wide range of car rental options at Plovdiv Airport
With us you can choose a car of any class that best suits your needs.
Our prices are one of the best prices on the market.
See for yourself!
Professional support
Our professional call center will help you understand all the intricacies of car rental. We guarantee full support throughout the rental period.

Other locations in Plovdiv:

This service has no competitors! As for me

If you plan to rent a car, then it's better to decide all the nuances on weekdays. On the weekend, you will hardly get an answer to your questions

I am glad to get acquainted with the guys. Responsible, competent, friendly.

A company with a worldwide reputation, and the service is appropriate. If you rent a car from a local distributor, you will often find some stories. What just did not have to see enough for 7 years of their practice. I came to the conclusion that the more reliable the reputation of the company, the calmer my nerves. It is better to overpay, but be sure that you will not be circumvented and will not be fined.

We had a very small holiday this year, and went to Plovdiv for the first time. We decided to rent a car to see all the sights. Service pleased.